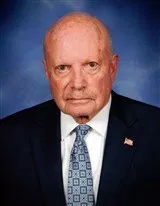 Get to know Orthopaedic Surgeon Dr. Donald Ray Gore, who serves the population of Milwaukee, Wisconsin.

To prepare for his career, Dr Gore pursued a formal education at the University of Illinois Urbana-Champaign, where he earned a Bachelor of Science in 1958. Thereafter, he received a Doctor of Medicine from the University of Illinois Chicago in 1960. Completing an internship at Milwaukee County General Hospital from 1960 to 1961, he became a resident in general surgery at the Marquette University Medical College of Wisconsin in 1961 and then was drafted into the U.S. Air Force and after completing his tour as a Captain and Medical Officer in the U.S. Air Force he returned to complete a residency in orthopaedic surgery, which included a fellowship in biomechanics at the University of California in San Francisco. He began a private practice in orthopaedic surgery in Sheboygan, Wisconsin in 1968. The same year, he obtained a Master of Science from Marquette University. Since obtaining his degrees and completing his medical training, he was certified by the American Board of Medical Examiners, the American Board of Spine Surgery, and the American Board of Orthopaedic Surgery.

Dr Gore has contributed myriad articles to professional journals, chapters to books, and clinical studies and case reports. Recently an invited book reviewer for “Anatomical Kinesiology” and “The Joy of X,” he also reviewed 78 reviews in The Spine Journal between 2003 and 2011 and was on the board of editors of the Journal of Orthopaedic Surgical Techniques between 1985 and 1990. Likewise, he was an editor and producer of an audiovisual production of “Laparoscopic Inguinal Hernia Repair” and “The Subvastus Approach for Total Knee Replacement.”

In light of his outstanding contributions to medicine, Dr Gore has garnered multiple accolades. He was named one of America’s Top Orthopedists by the Consumers’ Research Council of America in 2013. Earlier in his career, Woodward White, Inc., gave him the Best Doctors in America Award, and the Medical College of Wisconsin presented him with a Distinguished Service Award. Likewise, he was twice given the Teacher of the Year Award by senior orthopaedic residents.

Married to the late Jacquelyn Marie Kraabel with four children and 13 grandchildren; the first and oldest was killed in Iraq in 2005. Dr Gore and his late wife Jacquelyn established a scholarship in their grandson’s name Robert Jason Gore at the Wisconsin Medical Society Foundation. Dr Gore enjoys skiing, fishing, tennis, golf and backpacking in his spare time.

Through his findatopdoc profile, https://www.findatopdoc.com/doctor/8128108-Donald-Gore-orthopaedic-surgeon-Sheboygan-Wisconsin-53081