Skip to content
You are here
Defense Lifestyle Security 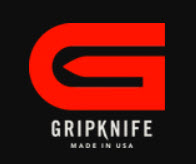 Available on Pre-Order At A Huge Discount. The Gripknife Defender is precision machined using high quality materials and processes.

(YorkPedia Editorial):- Massillon, Oct 26, 2019 (Issuewire.com) – Bayonets have been around since the 16th century. Often considered the last line of defense, they can be quite cumbersome in close-quarters situations. When finding oneself in such a situation, the speed of deployment and freedom of movement are important considerations. The Gripknife Company has the solution in its Gripknife Defender with its Patented foregrip design and is the latest way to stick a knife to a gun and all that is needed is a picatinny rail system.

With its combination of a spring-loaded knife and vertical grip, Gripknife Defender is indeed the Modern-Day Bayonet, as well as a next-generation hand-held defensive-knife. Attached to the Tactical-Rail of, let’s say, an AR-15 rifle, the Gripknife is designed with a release button detaching the foregrip, causing the knife to extend and quickly turning your grip into the knife. The blade locks in place ready for use; to retract the blade, the user simply depresses a blade locking button and pushes the knife back into the base.

The team at Gripknife reinvented the chassis using 7075 Aircraft Grade Aluminum. They built a 2-piece Chassis frame. Their Model 7 Chassis is 2 pieces interlocked together – even without the use of screws, it’s already incapable of moving in nearly every direction. This eliminates the majority of the weaknesses found in most collapsible knives made today. Nothing like this has ever been done, but they wanted to achieve a level of strength never before imagined, and that is exactly what they have accomplished.

The lock had to be totally redesigned to match this upgrade to combat knives. The problem was that blade locks on traditional out-the-front knife designs are considered by many to be “inherently weak” when compared with other collapsible knife designs such as folding knives. After several tweaks, the official Linear Cam Locks was born. Relying heavily on the design of the chassis to create strength through synergy, their locks can withstand a variety of extreme forces on a level that the company reports as has never been attained in a collapsible production knife.

For a limited time, Gripknife is making the Gripknife Defender available on a Pre-Order basis at a great discount. Just in time for the holiday season, this is one Made In The USA item that anybody would be proud to own.