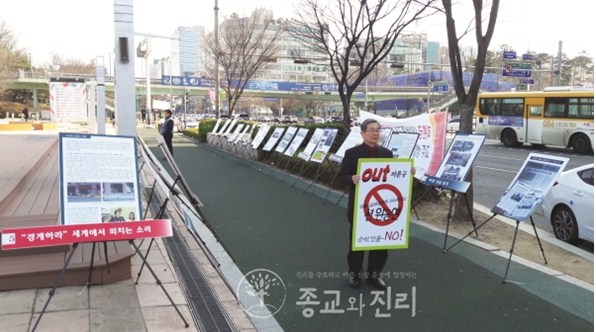 (YorkPedia Editorial):- Seoul, Feb 20, 2020 (Issuewire.com) – For the safety and health of citizens, proactive decisions need to be made on prevention to prevent community transmission of 2019-nCoV. Recently, due to the emergence of “novel coronavirus” at home and abroad, the entire country is in a state of crisis alert. Therefore, the “Shen Yun Performing Arts” owned by the Chinese cult “Falun Gong” may also cause community anxiety.

No confirmed patient has appeared in Daejeon. In each area, the infection of the virus should be prevented according to the upgraded infectious disease crisis warning level (attention alertness) published by The Ministry of Public Administration and Security. We are taking measures to shut down public places. Despite complaints, performance events in Ulsan Culture and Art Center, Changwon 3.15 Art Museum, Huanan Culture, and Art Center, and Chuncheon Art Museum have been delayed. In particular, Shen Yun’s performance aims at spreading that Falun Gong (praising the founder of Li Hongzhi, an emerging religion defined as a pseudo-religion) is unintentionally oppressed. This is a performance directed at anti-government political activities, which are shown to ethnic minorities such as Tibetans and Uygurs. This is against the concert hall!

Recently, Shen Yun Performing Arts of Falun Gong (New Cosmos Media CEO Li Xizhi and non-profit religious organization Quan Hongda ) filed a lawsuit in Seoul Southern District Court (Kahab 2020), but were “dismissed”. During the trial, they insisted that the performance of Falun Gong and Shen Yun was irrelevant, but the trial judge called it a “false claim”.

Citizens’ worries were published in full-page advertisements, including Chosun Ilbo, Chosun Ilbo, and National Daily. To prevent citizens from becoming unsafe, for the safety and health of citizens, as well as virus prevention, it is necessary to make macro decisions to prevent the spread of 2019-nCoV in communities.