Skip to content
You are here
Government Religion Society 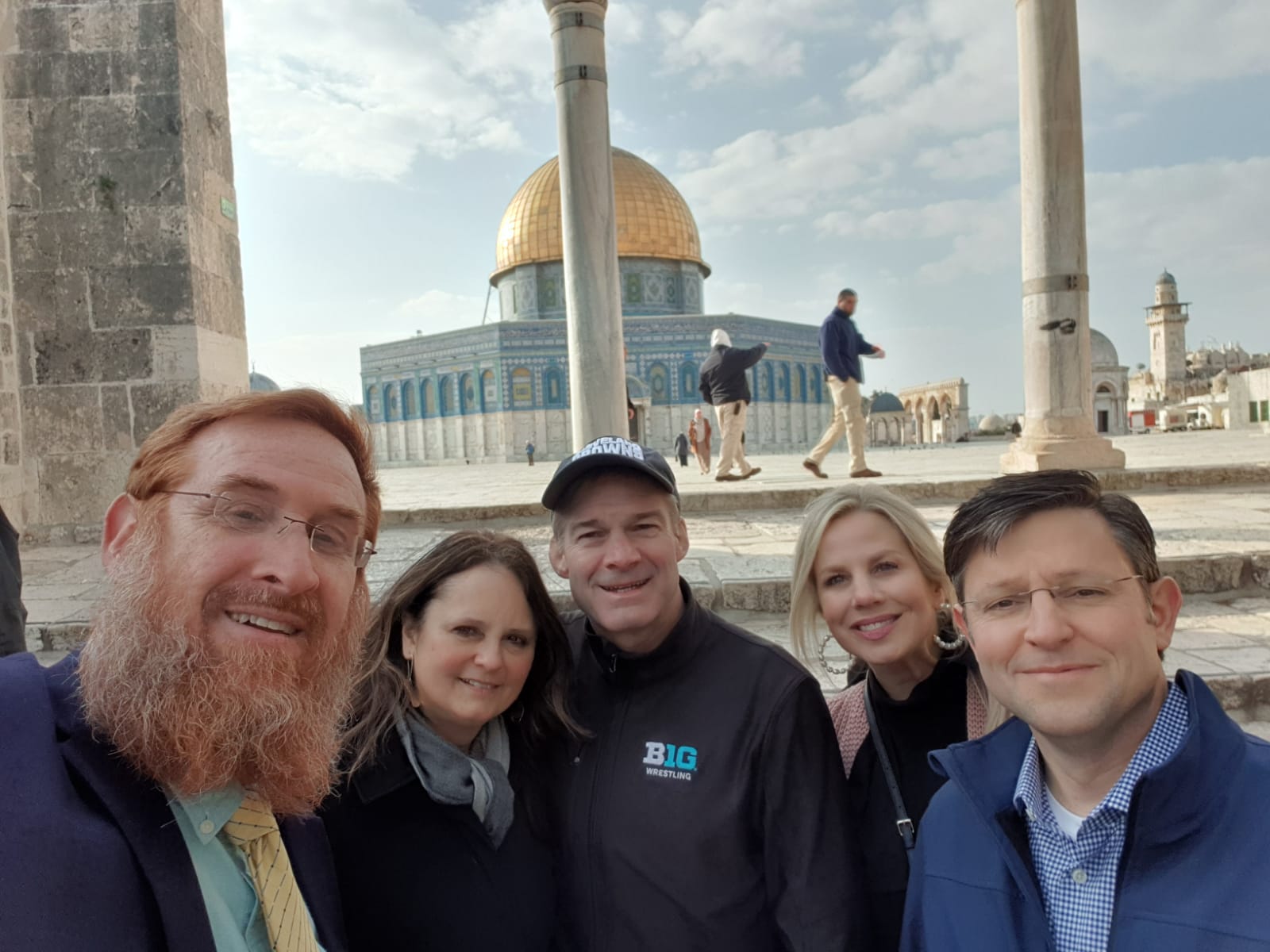 (YorkPedia Editorial):- Jerusalem, Feb 20, 2020 (Issuewire.com) – Rabbi Yehudah Glick, former Member of Knesset, Israeli Parliament, from the ruling Likud Party, President of the Shalom Jerusalem Foundation  and prominent advocate of the right of all nations to freely pray on the Jerusalem’s Temple Mount was arrested by Israeli police on February 18, 2020 for insisting on his lawful right to walk freely on any part of this holiest site of Judaism.

The Congressmen became witnesses of the abnormal policy whereas Jewish visitors of the compound are obliged to walk only in groups escorted by police along a police-designated route, without pausing for a prayer or reflection. Jews are allowed to spend no more than 20-25 minutes on the site. Other visitors, tourists from all over the world, are free to walk on the compound freely and without police supervision for up to 3.5 hours per visit. Christians and Jews are equally prohibited from taking the Bible or a book of Psalms to the Mountain and praying there.

This movement-restriction policy towards Jews and prayer prohibition for Jews and Christians is prescribed by Israeli Government and enforced by Israeli police in contravention of the ruling of Israeli High Court of Justice upholding religious freedom for all on the Temple Mount.

Congressman Mike Johnson (R-LA) assessed the situation: “An important issue that came up for me is the issue of freedom of religion, the first part of the First Amendment. It specifically is first because religious belief is grounded in morality. I saw the contrast on the Temple Mount and walked and saw that anyone who is an observant Jew has to continue to move and is forbidden to pray on the Temple Mount. It’s a jarring thing to see. As a constitutional lawyer I defended religious expression in federal courts for 20 years and to see that you don’t have freedom of expression if you are a Jew or a Christian on the Temple Mount, which is arguably the holiest site in the whole world. It is a remarkable thing to observe and a sad thing to observe. I hope that can change.”

Soon after the congressmen descended the Temple Mount, Rabbi Glick returned for private reflection and in celebration of his wedding anniversary. “Policemen just kept saying, ‘Go faster and faster,” Glick recalls. “I could not. Then police handcuffed and arrested me… This policy of harassment and discrimination has to stop. No one is told to go faster on the Temple Mount unless he is an observant Jew.”

Rabbi Glick was taken to the police station in the Old City of Jerusalem. “Policemen have warned me that if I will not stop defaming them, they will dig up dirt against me”, said Glick who was released from custody within an hour. “Since I went public about this unlawful detention, police decided to continue harassing me. Officers entered my house at midnight the same day with a search warrant and turned it upside down searching in vain for some mythical evidence. The discrimination against Jews on the Mount has reached a tipping point, and the time has come to stop it. I am going to continue fighting for ‘Temple Mount for all.’”

“The police harassment of former member of Knesset, Yehuda Glick, is violent and improper,” said Knesset Speaker Yuli Edelstein. “It cannot be that in the State of Israel police handcuff a man because he was walking too slowly in their eyes. It cannot be that a person is harassed in the middle of the night on grounds that raise questions marks.”

Rabbi Glick heads the Shalom Jerusalem Foundation which struggles for the freedom of universal worship on the Jerusalem’s Temple Mount. “This a Biblical promise: that the Temple Mount will become a House of Prayer for all nations, a true center of the unity of mankind, a place of peace and human brotherhood”.

Two weeks ago Rabbi Glick has recorded on the Temple Mount his video appeal to the Chinese people in the light of the coronavirus outbreak. The appeal sends his solidarity and prayers, but also chastises the Chinese leaders over their human rights abuses and states a connection between the two.

Currently on the site of Temple Mount stay two mosques. Most of the enormous walled Temple’s compound does not have any buildings but Islamic radicals oppose the right of Jews and Christians to pray anywhere on the site. Rabbi Glick was shot in the chest at point-blank range 4 times by a Palestinian terrorist for his activism in 2014 and nearly died.

Fearing violence from Islamists the Government of Israel restricts religious rights of Christians and especially observant Jews on this holy site.

Many Israeli politicians and tens of thousands of Jews demand that the State of Israel takes steps against Islamists’ incitement and violence rather than against peaceful Jews who are only seeking to fulfil their religious commandments of praying on the Temple Mount.

“I will continue the completely just struggle to make the Temple Mount a house of prayer for all nations, without any discrimination against anyone,” says Rabbi Glick. “I call on the public from Israel and the world to join the global campaign of the Shalom Jerusalem Foundation, which includes posting and tweeting with the hashtag #TempleMount4all.” 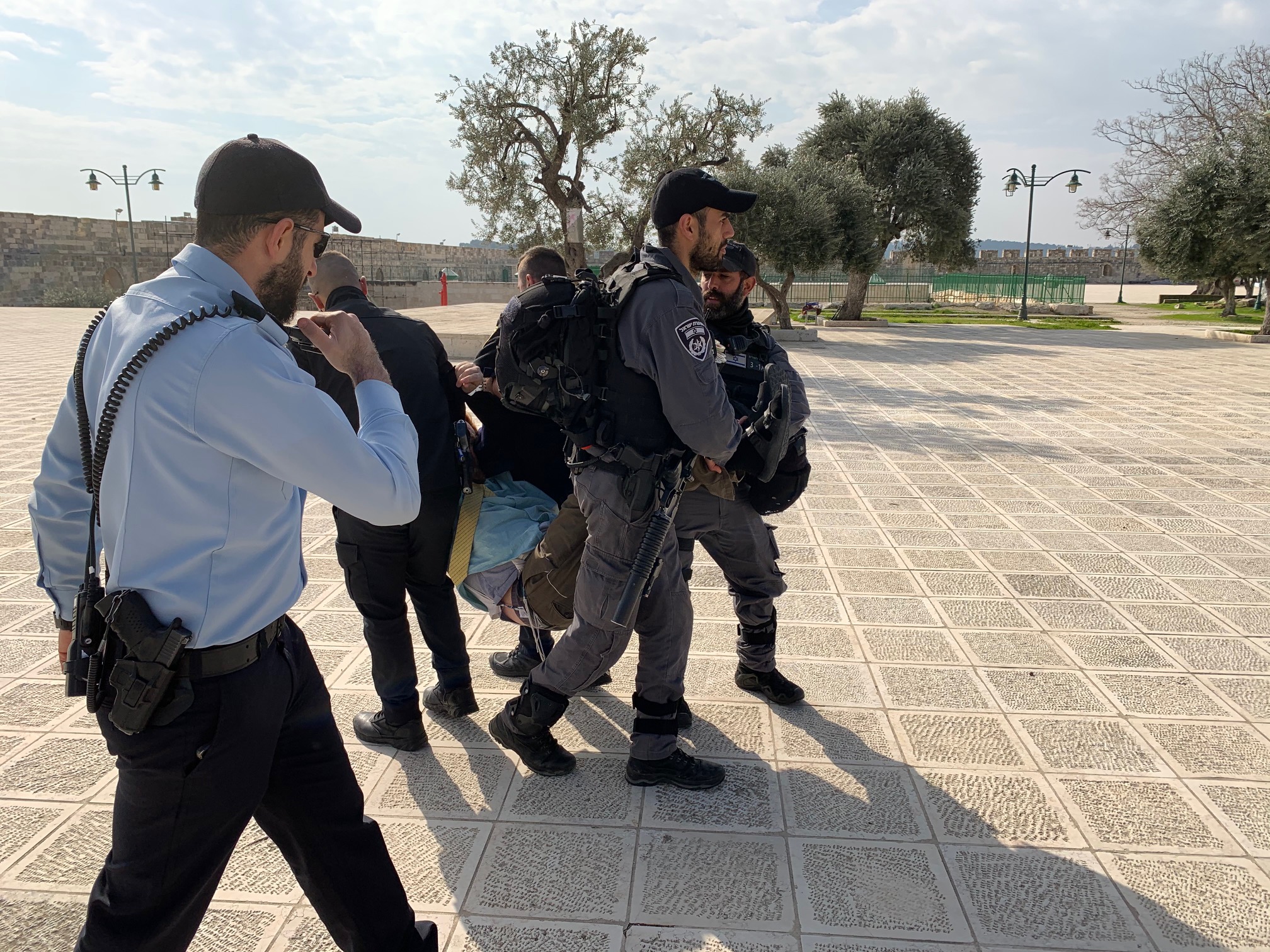