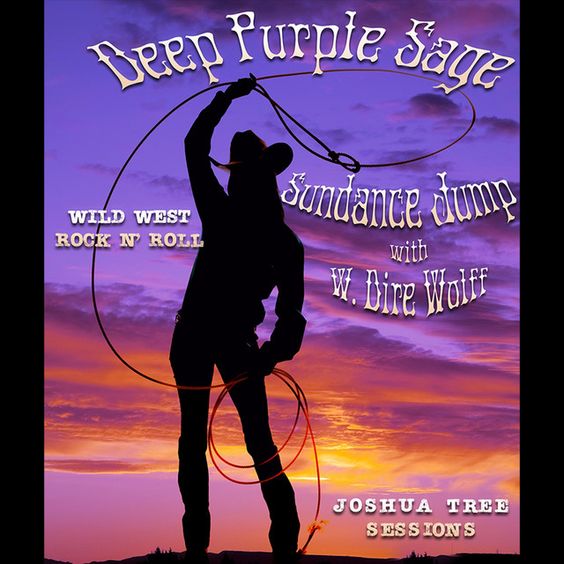 The creative virtues of the collaboration of Sundance Jump with W. Dire Wolff are enriching the collective music industry with captivating modulations of indie rock.

(YorkPedia Editorial):- Mill Valley, Feb 24, 2020 (Issuewire.com) – The collaborations efforts of Sundance Jump with W. Dire Wolff are a beautiful scope of creative eccentricity flowing across the meandering dynamics of music with songs like ‘Zodiac Killer‘ and ‘Donna Juanita‘ are not just musical entities of auditory greatness but also carry along the thematic depictions of untold sagas. Although substantively different, these two songs are connected by the musical linearity of composition and arrangements. Both songs are from their album, DeepPurple Sage’ and insinuates a captivating blend of alternative and psychedelic folk-rock entails.

The recording collective and musical wisdom has coincided in the creative partnership of these two artists that has other songs to their name as well like ‘My Tent Burned Down’, ‘Three Little Stars’, ‘Sew My Shadow’, and ‘Library of Dreams’ among others. Having extracted all their musical influences from the likes of The Beatles, Grateful Dead, The Velvet Underground, and The Cramps, they have succeeded in carrying the sound into the extant generation the subtleties and honor of 60’s and 70’s rock reform but with a viable individuality.

‘Donna Juanita‘ integrates a story of a fictional female shaman, ‘Zodiac Killer‘, on the other hand, is a visual saga of a woman painting the town red at the Zodiacs night club. With a recording base in Northern California’s Marin and Sonoma counties, Sundance Jump Recording has consolidated the musical diversity of Sundance Jump with W. Dire Wolff to lay the foundation of rock’s undulating evolution across times and generations. This year, they have a new album in their cards that ill further expands their cultural presence throughout the world. Follow their work on Spotify, YouTube, Twitter, Songwhip and Sundance Jump Recording’s official website for more creative enrichment of your soul.

To listen these tracks click the given below link :