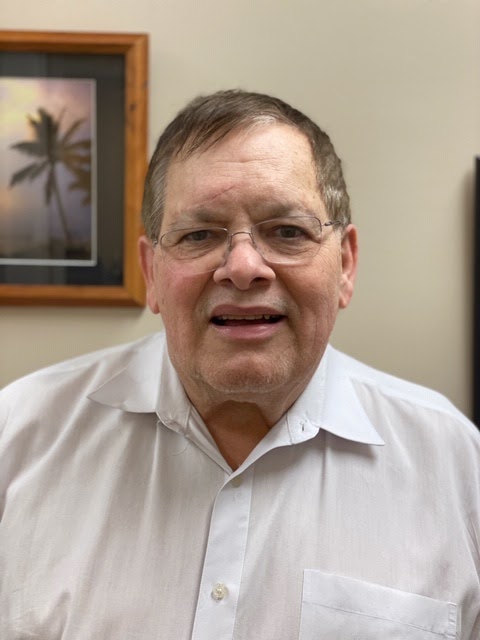 There, his main goal is to clarify what the problem is (whether more than one condition contributes to symptoms), obtain as firm diagnosis as is possible, initiate a treatment plan, and coordinate care with other specialists and the primary caregiver.

Prior to his current endeavours, he served as a consulting neurologist at Green Valley Developmental Center (1980-1996) and Lakeshore Mental Health Institute (1983-1987). He also served as a special clinical consultant of chronic pain treatment medications at Mallinckrodt Pharmaceuticals.

Chronologically, Dr. Scariano Jr. was named Physician of the Year by the National Multiple Sclerosis Society (2004); appointed on the Clinical Quality Guide Committee to represent Neurology in Clinical Practice at Medicare Medicaid Center in Washington, D.C. (2011); attended the American Academy of Neurology Annual Meeting – Neurophysiology Update (2012); attended the American Academy of Neurology Training Course for Treating and Evaluating Traumatic Brain Injury (Denver, Colorado – 2013); worked for a VA Clinic as an outpatient neurologist to diagnose and treat the traumatic brain injury patient (2014); attended the Rehabilitation Symposium for treating patients with chronic traumatic brain injury (2014); attended the American Academy of Neurology Annual Meeting for the Management of Chronic Neuropathic Pain (2015); appointed to be state expert to review any conflicts in Workers’ Compensation patients from doctors in regards to treatment and impairment rating by Tennessee State Board of Workers’ Compensation (2015); and attended a conference on assigning impairment rating and proper CPT coding & approved testing for the patient with a neurological illness  (Orlando, Florida – 2016). Most recently, he attended a conference for Treating Chronic Neuropathic Pain with Narcotics in accordance with Tennessee Guidelines (2018) and the American Academy of Neurology Course Attendance for Intractable Epilepsy and Chronic Psychogenic Illness (2019).

Among his clinical research activities, he has served as a Principal Investigator for a Double-Blind, Randomized, Placebo-Controlled Study to Determine the Effectiveness and Safety of Migramist; the use of Imitrex in Treatment of Migraine Headaches. Glaxowellcome; Adjunctive Lamictal (lamotrigine) in Epilepsy in Response to Treatment. Glaxowellcome; the Use of Cognex in the Treatment of Alzheimer’s Disease. Parke-Davis; and a Double-Blind Placebo-Controlled, Safety, Efficacy and Dose Response Trial of Three IV Doses of BMS- 204352 in Patients with Acute Stroke. Bristol Myers Squibb; among others. Additionally, he has served as a Sub-investigator for a Phase III, Multicenter, Double-Blind, Placebo-Controlled, Parallel-Group Study of the Efficacy in Safety of Recombinant Human Nerve Growth Factor (rhNGF) in Subjects with Diabetic Neuropathy (k0718g), Genetech, Inc.

Born in New Orleans, Louisiana, Dr. Scariano Jr. earned his Bachelor of Science (BS) degree in Biology from Louisiana State University. He worked in the fire protection industry to pay his way through college. He then worked as a lab technician in a hospital in New Orleans to pay his way through his medical school, earning his medical degree from Louisiana State University School of Medicine in 1975.

Throughout his extensive training, Dr. Scariano Jr. has completed an MRI Technology in Clinical Interpretation Course at the University of Cincinnati (1998), a Skills Workshop – Botox Treatment of Dystonia with the American Academy of Neurology / National Institute of Health in Washington, D.C. (1995), a Movement Disorders Workshop – Course in Botox at New York Columbia Presbyterian Hospital (1993), and a Botox Workshop at Bowman Gray Hospital (1993), to name a few. He has also completed a radiation safety course, as well as lumbar, cervical, and radiofrequency training courses through the International Spinal Intervention Society.

The doctor is board-certified in neurology with added qualifications in clinical neurophysiology by the American Board of Psychiatry and Neurology, which is a not-for-profit corporation dedicated to promoting high-quality patient care for the public through the initial and continuing certification of psychiatrists and neurologists. Moreover, he is board-certified through the American Board of Pain Medicine, whose mission is to improve the quality of pain medicine.

Neurology is a branch of medicine dealing with disorders of the nervous system. It deals with the diagnosis and treatment of all categories of conditions and disease involving the central and peripheral nervous systems, including their coverings, blood vessels, and all effector tissue, such as muscle. A neurologist is a physician who specializes in illness and dysfunction of the nervous system. They also treat disorders associated with other sensory organs such as the skin, eyes, ears, joints, and muscles.

On a more personal note, Dr. Scariano Jr. is a second-generation Italian whose family is originally from Messina, Sicily. His grandfather immigrated to America in 1908 and worked in the produce industry. His father served as a fireman in the US Navy in WWII and eventually became Fire Chief of the Naval Air Station and the international airport in New Orleans from 1960-1992.

In his free time, he enjoys gardening and spending time with his family.

Through his findatopdoc profile, https://www.findatopdoc.com/doctor/81226811-Jack-E-Scariano-Jr-Neurologist or through his private practice, http://www.knoxneuro.com/about_us