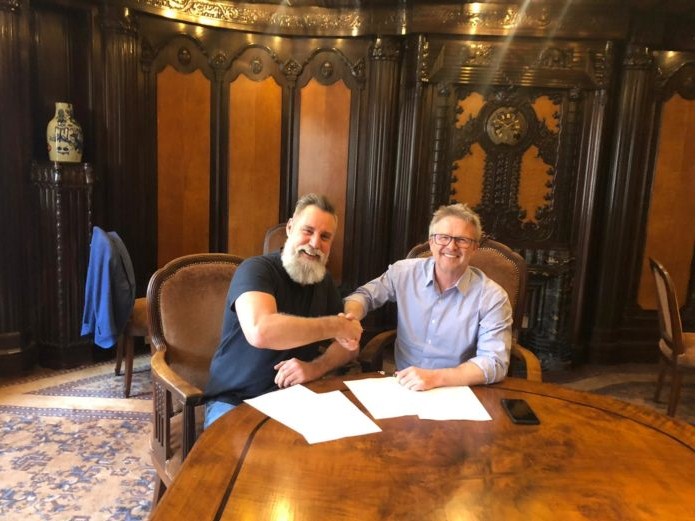 (YorkPedia Editorial):- Amsterdam, Mar 17, 2020 (Issuewire.com) – The Netherlands Gaimin.io announced the signing of a Memorandum of Understanding with Credits CS.

The continuing investment in infrastructure and development of partnerships shows the commitment of Gaimin.io to bringing its full suite of services to the market.

This MOU demonstrates the synergy and potential for the two businesses to collaborate and to develop top-rate services to the gaming industry, and gamers in particular: Credits CS is a robust business with a great track record, Gaimin.io and Credits CS see likenesses of innovation, and utility as well as mutual compatibility.

Credits CS offers a blockchain transaction solution with instantaneous availability of purchases for gamers of in-game assets, literally 100ths of a second for validation and execution, volume and scalability are built-in, there are no upward barriers. It enables each of Gaimin.io’s registered gamers to become a blockchain node, meaning, in turn, greater efficiencies and a virtuous trading circle for both companies.

Martin Speight, CEO Gaimin stated: “Our MOU with Credits has offered us multiple avenues to explore to the benefit of both of projects. Credits are a company who attracted our attention many months ago, and we are very impressed with their progress. They have a customer-centric philosophy and an obsession for quality, like ourselves, and I am impressed with their team, technology, commitment, and vision. We believe the strategic incorporation of their blockchain tech into our Gamer Solution can help us achieve our goal faster and more efficiently. We have “moving parts” in our business where they can offer direct and immediate solutions. It’s also rewarding for us to see such an exciting company eager to associate themselves with us. It is a great indicator of our growing reputation and potential as a project. “

Gaimin is a business to customer and business to business hybrid, bringing computational power via gaming machines and their owners to GPU hungry real-world applications. Gaimin has attracted considerable interest with its model of rewarding suppliers and satisfying the demands of the end-users of computational power. Think 3D graphics, research, simulations, mining, and so many more applications. Gaimin is poised to move to the next level based on solid foundations and with key personnel and partner businesses ready to meet the challenges ahead.

“I have always firmly believed since I became involved with the Credits project, that they would achieve great things. The Gaimin platform will look to utilize Credits Smart Contracts for transferring tokens, wages, payouts, and make the user experience safer and more secure. Both Gaimin and Credits have the gamer as a first priority which is why this is such a synergistic move for both companies and why the signing of the MOU is such a giant leap forward.” says Arjan Eikelenboom, Head of Investments & Partnerships

About Gaimin.io (GMRX)
The Gaimin.io project is a blockchain-powered gaming platform. It harnesses the world’s largest supply of distributed GPU processing power – namely the 1.3 billion gaming PCs in the global gaming community. Gaimin offers rewards for gamers in return, both in the form of tokens to buy in-game assets and a return on the dollar for the use of the gamer’s GPU. The computational power generated can then be directed to customers for essential computation, rendering and modeling functions, and more.