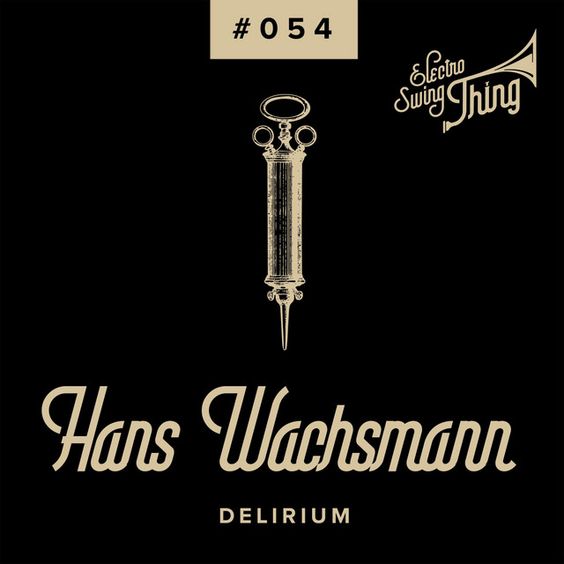 The creative dynamics of electronica is being introduced into the old-school verses of swing by artist Hans Wachsmann in his newly released remix sample, ‘Delirium’.

(YorkPedia Editorial):- Hamburg, Mar 17, 2020 (Issuewire.com) – The captivating and archaic essence of swing is being commercially restored through electronic modules and sound dynamics by Hans Wachsmann. He has weaved the elements of contemporary eccentricity into the premises of 1940 swing classic ‘Delirium‘ that has reopened the chapters of a new musical entity altogether. The song was originally a creative collaboration between Peter Igelhoff and Albert Bachrich with Erich Meder as the lyricist and performed by Igelhoff himself. The electronic intuitions of the artist and a production impetus by Wolfgang Lohr constitute old-school respite along with the intense jive of modern-day electronic.

Hailing from Hamburg, Germany, Hans Wachsmann has associated himself with the creative exposure of Electro Swing Thing Records. The diversities of musical concepts and more that have paved the way for urban sounds and subgenres like electro swing, swing house, and neo-swing find a way of expression through his soundscape. Being both a singer and songwriter who sings mostly in German, his scope of musical elements and their utilization has found the right arrangement and intensity in his other songs as well like ‘Uber den Wolken‘, ‘Tauwetter‘,and ‘Wochenend Und Sonnenschein‘.

The artist’s creative conspicuousness has found an outlet of expression in the electro-swing version of the song ‘Delirium’. He has also collaborated with Wolfgang Lohr for his upcoming and debut album that is set to release sometime around the closing months of 2020. To experience more promising electronic swing modules and their creative strides, follow him on Spotify, Soundcloud, YouTube, Instagram, Facebook, and Electro Swing Thing’s official website.

To listen this song ‘Delirium’ by Hans Wachsmann visit the given link :