Skip to content
You are here
Fitness Health Science unknown

Swami ji said we should consider yoga as a tool to boost our immune-system?
We come to yoga for countless reasons: stress relief, flexibility, mobility, or strength, for spiritual connection,  and reclaiming our bodies. Ultimately we come to yoga for resilience both inside and out. the holistic practice that strengthens our physical body, as well as the microscopic systems that are not visible to the eye. As a result, the body’s natural defense mechanisms also improve. A healthy, disease-free body can be easily achieved by adopting a healthy lifestyle, including eating unprocessed, whole foods, maintaining a regular yoga and meditation practice, getting plenty of sleep, and minimizing stress.  yoga and meditation are the keys to achieving our full potential. To reap the immune-boosting results of yoga, be sure to maintain a daily practice!

Ghrit Neti – Medicated Cow Ghee in Nostrils
One of the many benefits of Medicated desi cow ghee is, pure cow ghee can be used as Ghrit Neti. If you are using desi ghee as nasal drops at home use it in the morning and 30 min before your food. You can use 5ml of pure cow ghee into each nostril. This practice is called Ghrit Neti which helps us with – Stop White Hairs, Hair Fall Treat Migraine, tension headache Cure Trigeminal Neuralgia Treating Tinnitus, Hearing problems Treating Vision problems Cure Lack of Memory and concentration

Jalneti (Mendatory)
It emphasizes that one continues to be called a living being till the time ‘the pran  vayu'(Oxygen) circulates in the body, otherwise one is ‘dead’ in its absence. Thus ‘pranayama’ is like a nectar i.e. something life-giving for the living being. A perfect control on ‘pran vayu’ that can only be achieved through ‘pranayama’ make the man not only immortal but also makes him capable of enjoying the ‘Eternal Bliss’ and the divine powers of Almighty.

Bhastrika  Sit in the lotus pose. Now exhale and inhale alternately. It should be deep and rapid resembling the working of a blacksmith’s bellows.

There are three forms of kapalabhati. Vatakrama (wind cleansing), Vyutkarma(sinus cleansing) and Shitkarma (muscus cleansing), which are performed in the following ways:

Vatakrama: This form is appropriate to practice in a group classroom setting. Sit in a comfortable position, inhale deeply into both nostrils to begin, then exhale sharply, lifting the diaphragm, in order to emphasize the exhale, allowing the inhale to come as a passive response. Start with 3 rounds of 10 ‘pumps’ each and gradually, as you gain proficiency, increase the number of pumps and the number of rounds. Keep the physical eyes closed and gaze internally toward the third eye (ajna chakra). Vatakrama can also be done through alternate nostrils, by using the right hand in Vishnu mudra to direct the passage of air through the left or right nostrils. Although breathing is used in this technique it is not a pranayama practice and there should be no breath retention.

Vyutkrama: This practice is similar to jala neti. Take a warm bowl of mildly salted water, scoop some water into the palm of your hand and sniff the water through the nostrils. Let the water flow down into the mouth and then spit the water out from the mouth. Repeat several times.

Shitkrama: This practice is the reverse of vyutkrama. You take a mouthful of warm salty water, push it up through the nose and blow it out. The sound it makes is the sound of ‘sheet’.

On a physiological level, kapalabhati strengthens the immune system and the will to live through balancing the kapha dosha by removing excess phlegm from the tissues of the body. This makes the body of the yogi as beautiful and as attractive

It is simple but subtle practice that brightens and rejuvenates the face and eyes and brings about a state of balance leading toward increased awareness and meditative level. one of the techniques of Ashtang Yoga, meant for causing the prana (vital air) to reach the brahmarandhra (topmost portion of the skull), to make the mind completely steady and to give rise to nada (subtle sounds), the hearing of which is described as nadanusandhana.

As mentioned in Darshana Upanishad (VI 32-36), one sits in the swastika posture, inhales deeply, and holds the breath inside (kumbhaka), accompanied by the mula bandha.

While doing kumbhaka, the Shanmukhi mudra is employed by covering the openings of the ears by the two thumbs, the eyes by the index fingers, and the nostrils by the remaining fingers. This is said to make the prana reach the brahmarandhra, giving rise to nada, comprising various sounds like that of the sea, the clouds, drums etc.

Swami Ji was given the responsibility of this yoga movement in heritage. In 1888, his lineage started Shri Yog Abhyas Ashram Trust. In this 21st century, Swami Amit Dev is the torchbearer, spreading the yogic light to the world.

The organisation has its leading body as a ‘guru’ or leader. The first guru of this institution was Yog Yogeshwar Mahaprabhu Ramlal Ji Maharaj, who is known as the ‘First Guru Gaddi’. He was succeeded by the Second Guru Gaddi Yogeshwar Mulakhraj Ji Maharaj in 1938. Thirteen years later, Yogashwar DeviDayal Ji Maharaj took over as the Third Guru Gaddi and brought radical changes in the organisation. He went on to establish more than 17 state-level bodies which are running more than 70 temples of yoga across India. They are poised to grow manifold in the coming years.

Towards the end of the last century, in 1998, Yogeshwar Surender Dev Ji Maharaj was declared the fourth guru. He established the first Yogeshwar Devi Dayal Mahamandir in Delhi the same year. Today, there are more than 75 such divya yoga mandirs around the world.

The flame his lineage lit decades ago burns bright in Yogacharya Amit Dev ji. He took over as the fifth guru in 29 October 2016 and has been since involved in innumerable activities to spread yoga to the world.

The aura of Yogacharya Amit Dev leaves everyone who interacts with him overwhelmed. With his caring heart and deep knowledge of yoga and vedas, he has enriched innumerable lives around him over the years. the organisation, is just not involved in teaching and curing people through yoga, but is also engaged in extensive research in Yogic health care and meditation. Mahaprabhu ji has centres across the globe and 100-150 patients are treated in each of them everyday. The third gurudev estb headquartered in Delhi with 17 state units and 70 district centres in India. 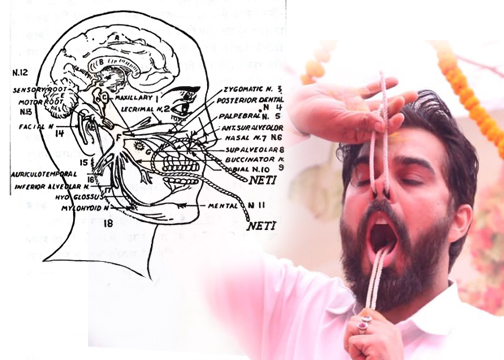 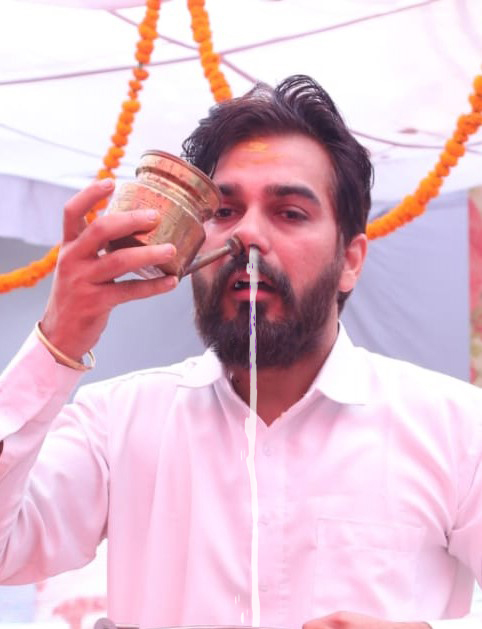 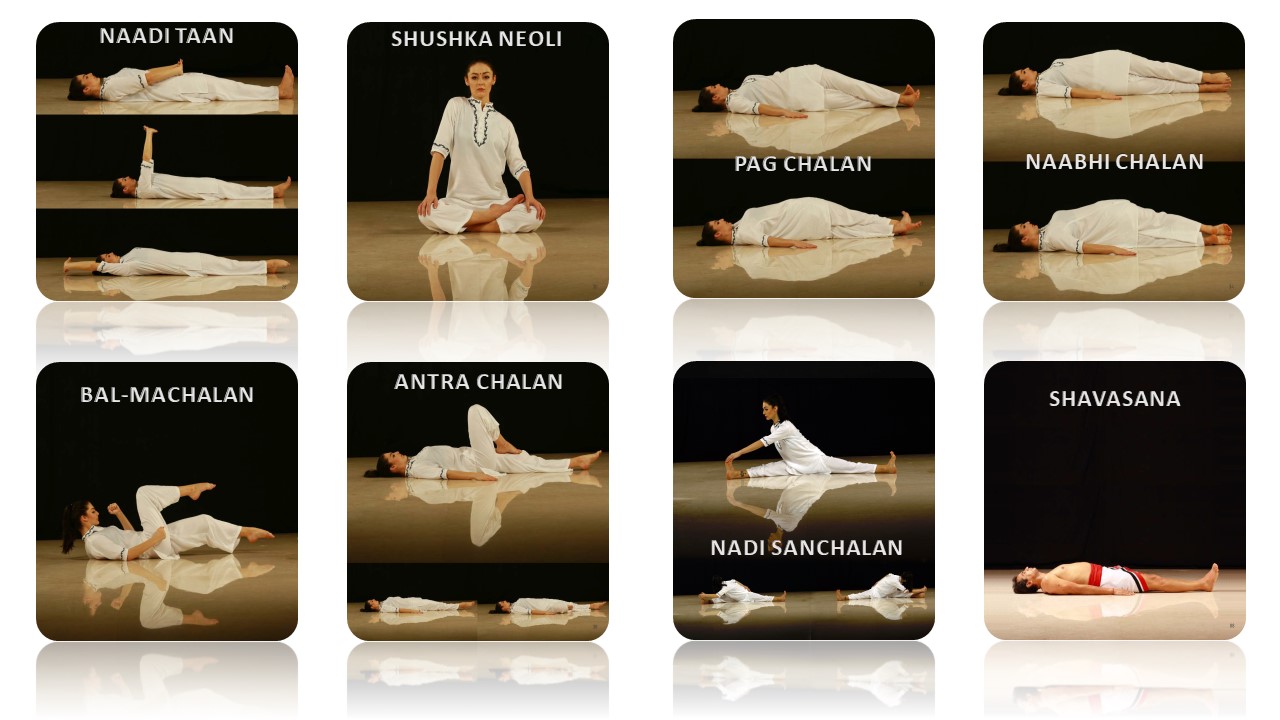 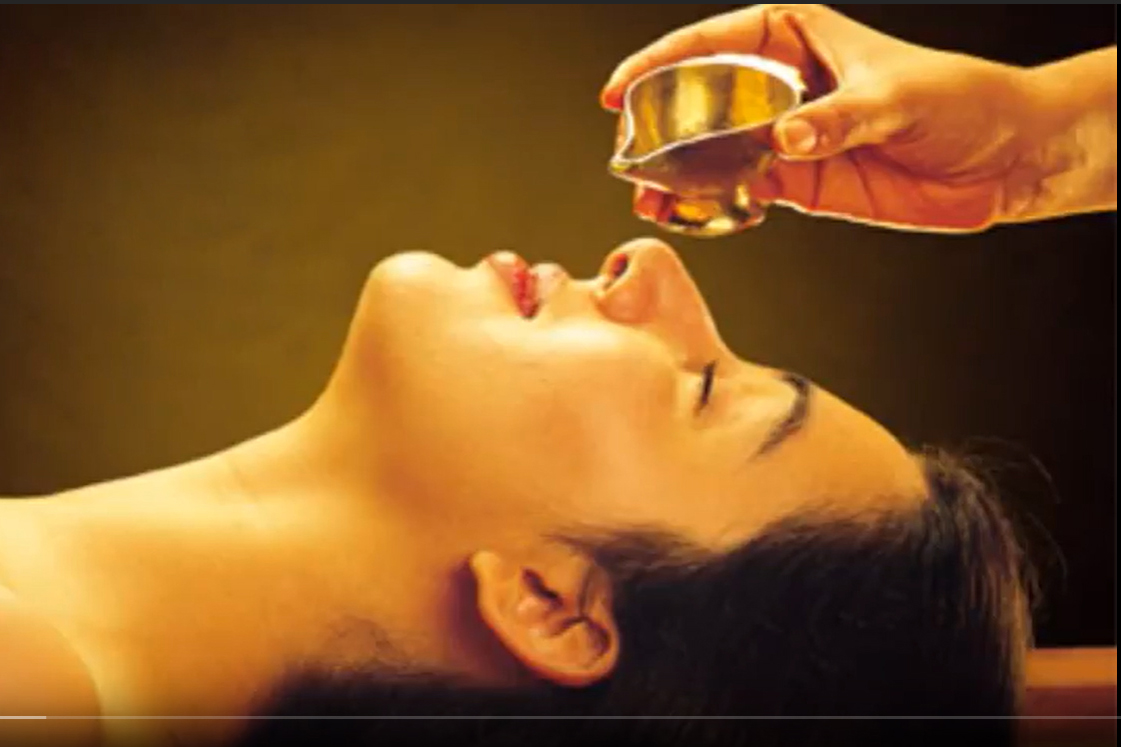 SYAAT
Intercepted in 1888 with the birth of the First Guru Gaddi Yogeshwar Ramlal Bhagwan, the mission is now known as Shri Yog Abhyas Ashram Trust [Regd.], a non-profit organization aimed at advancing and propagating Yoga practices to spread peace in the world. Our organization has adopted as a scientific cure to human ailments. Envisioning the concept of Yogic colleges and schools for the country’s and world’s welfare, we are continually working to bring more research works, journals, periodicals, papers and educational contents.
Our organization is actively organizing camps inside and outside side India to enrich the world with the philosophy of yoga. Through these camps, we supervise the youth (and everyone else) to perform Yogic Kriyas, Asans, Pranayams and Mudras. Currently, mission has is established at 32 locations nation-wide.
Shri Yog Abhyas Ashram Trust, Yogeshwar DeviDayal Mahamandir, Block-8, Tilak Nagar