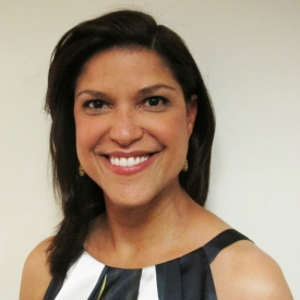 (YorkPedia Editorial):- New York City, Apr 4, 2020 (Issuewire.com) – In practice for more than two decades, Dr. Minaya is a board-certified obstetrician-gynecologist who serves as the Vice President of Women Caring For Women in Tinton Falls, New Jersey. Specializing in women’s health care, she believes in empowering women with knowledge about their bodies and enjoys spending time with her patients, ranging from the ages of 12 to 101.

Throughout her academic career, Dr. Minaya earned her medical degree from the SUNY Downstate Health Sciences University in New York City, New York in 1990. She then went on to complete her residency in obstetrics and gynecology at The Brooklyn Hospital Center before going into private practice.

The doctor is board-certified in obstetrics and gynecology by the American Board of Obstetrics and Gynecology, which is a non-profit organization that provides board certification for practicing obstetricians and gynecologists in the United States and Canada.

With a passion for her field, Dr. Minaya is an active member of her community, donating her time to lecture at local high schools, women’s groups, and other healthcare venues. She mentors high school students who are interested in the medical field, serves as one of the Honorary Chairs for Breast Cancer Awareness for the Meridian System, and writes for Sharecare.com and FoxImag online magazine. She is also a medical contributor for FoxNews, HeadLineNews, CNN, The Dr. Oz Show, and The Dr. Steve Show, as well as has appeared on the Mike and Juliet Show, The O’Reilly Factor, and The Dr.Oz Show.

Obstetrics and Gynecology is the medical specialty that encompasses the two subspecialties of obstetrics (covering pregnancy, childbirth, and the postpartum period) and gynecology (covering the health of the female reproductive system – vagina, uterus, ovaries, and breasts). An obstetrician-gynecologist, or OB-GYN, is a healthcare professional who specializes in female reproductive health.

Born and raised in New York, she is happily married with two children.

Through her findatopdoc profile, https://www.findatopdoc.com/doctor/1450408-Evelyn-Minaya-ob-gyn-obstetrician-gynecologist-Red-Bank-NJ-07701