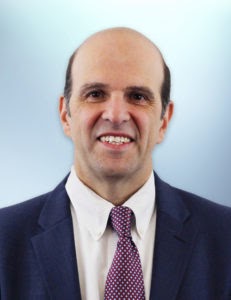 Get to know Vascular Surgeon Dr. Paul M. Anain, who serves patients throughout the State of New York.

(YorkPedia Editorial):- New York City, May 21, 2020 (Issuewire.com) – Specializing in vascular and endovascular surgery, Dr. Anain sees patients at Trinity Medical, WNY with offices throughout the state of New York, including: Amherst, Buffalo, Hamburg, and Niagara Falls. He has a special interest in the treatment of aortic aneurysms with open and endovascular approaches and complex abdominal surgery, along with carotid surgery and endovascular procedures.

Trinity Medical, WNY strives to be recognized as a preferred provider of medical services in the community. This objective is supported by the practice’s commitment to meeting or exceeding the expectations of patients, referring physicians, and affiliated health care agencies. The team of professionals working there aspire to enhance the overall health of Western New York by providing medical services that are of the highest quality.

Highly-respected in his field, he is board-certified in both general and vascular surgery by the American Board of Surgery, an independent, non-profit organization located in Philadelphia, Pennsylvania, founded for the purpose of certifying surgeons who have met a defined standard of education, training, and knowledge.

A native Western New Yorker, Dr. Anain graduated from Canisius High School and Canisius College before attending the University at Buffalo School of Medicine and Biomedical Sciences. After medical school, he went on to do his residency in general surgery at the Cleveland Clinic Foundation, followed by his residency in vascular surgery at the University of Buffalo. From there, he continued on to UCLA for endovascular surgery.

In 1999, he returned to Buffalo and began his practice with his father, Joseph M. Anain, Sr., also a vascular surgeon. There, he met his wife Leslie. They have two boys.

Vascular surgery is a surgical subspecialty in which diseases of the vascular system, including the arteries, veins, and lymphatic circulation, are managed by medical therapy, minimally-invasive catheter procedures, and surgical reconstruction. A vascular surgeon diagnoses, treats, and manages conditions in the arteries and veins, also called the blood vessels. These specialists treat a range of health problems, from spider and varicose veins to life-threatening aneurysms, and can help patients manage chronic conditions throughout their lives.

Through his findatopdoc profile, https://www.findatopdoc.com/doctor/1333322-Paul-Anain-vascular-surgeon-Buffalo-NY-14214 or through Trinity Medical, WNY, https://trinitymedicalwny.org/provider/paul-m-anain/