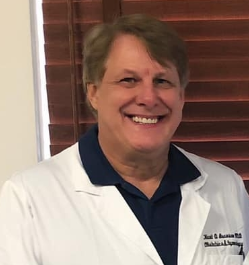 The doctor’s acclaimed career in medicine began after he earned his medical degree from the  University of Missouri-Kansas City School of Medicine in 1984. He then went on to complete his residency in obstetrics and gynecology at Mercy Hospital St. Louis

Obstetrics and Gynecology is the medical specialty that encompasses the two subspecialties of obstetrics (covering pregnancy, childbirth, and the postpartum period) and gynecology (covering the health of the female reproductive system – vagina, uterus, ovaries, and breasts). An obstetrician-gynecologist, or OB-GYN, is a healthcare professional who specializes in female reproductive health.