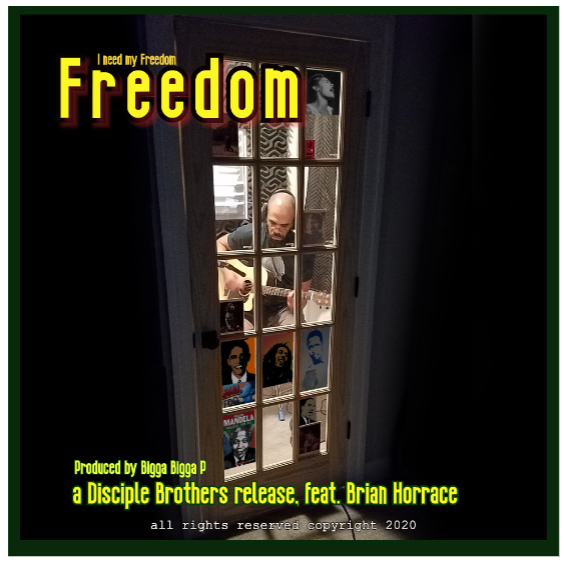 A new song, released to support the nation’s recent protests against racial inequality, joins the list of great American activist anthems and inspires a generation fighting for “Freedom.”

(YorkPedia Editorial):- Los Angeles, Jun 16, 2020 (Issuewire.com) – The global demonstrations against inequality brought on by the unjust deaths of black Americans have influenced the release of a powerful protest song called Freedom, I Need My Freedom by the Disciple Brothers. The song harkens back to and was originally inspired by the death of 17-year-old Trayvon Martin. Martin was shot while walking to a convenience store, in what many believe was a racially motivated attack. It was completed soon after the tragic death of Ahmaud Arbery, who was gunned down while jogging. George Floyd, who was killed by police officers for allegedly passing a counterfeit $20 bill, has added to the meaning behind this song and galvanized the record label Disciple Brothers, LLC to release the track along with a new music video. The reaction has been positive and powerful.

“Freedom is a song of hope. A necessary song in these difficult times. Beautifully produced and performed, it has become part of my daily soundtrack,” said two-time Grammy Winner Andres Mayo.

Freedom was written by Brian Horrace, arranged by Paul Ramos and produced by Bigga Bigga P. It is available to any Black Lives Matter event, an indie film student, or any group dedicating themselves to equality in the U.S. and around the globe for the same price – one dollar. The artists hope their music will support the plight of African Americans and help end the centuries-long and continuing discrimination against black people across the globe.

“Freedom is about the struggle to be protected and respected equally by those WE the people VOTE to give power to police, judges and politicians,” said Paul Ramos of the Disciple Brothers. “Our silence is no longer acceptable, and we must step up, speak up, and vote for a free America for all.”

Freedom, I Need My Freedom is currently available to download on Soundcloud and a video accompanying the track is now on YouTube. In one chilling scene from the music video, the screen fills up entirely with the names of dozens of victims who died at the hands of racism. The song will be available on other music apps including Spotify and Apple Music on June 26.

The artists behind “Freedom” believe music has long been as influential as any film or work of literature to teach about social issues and inspire change. John Lennon’s “Imagine” was an ode to a peaceful demonstration against the war, Billy Holiday’s “Strange Fruit” exposed the horror of lynching black Americans in the South, and Bob Dylan’s ‘The Times They Are A-Changin” was released a few months before the Civil Rights Act of 1964 passed. In that spirit, they hope “Freedom, I Need Freedom” will help end racial injustice and support this generation’s march toward equality.

Source :Disciple Brothers and Violations in Music are a tribe of Musicians, Producers & Artists searching for songs that will connect with the mood of the listener. For them it’s all about finding connective music and is inclusive of all genres. Their library of titles is diverse and includes original songs along with covers of popular music from the past.