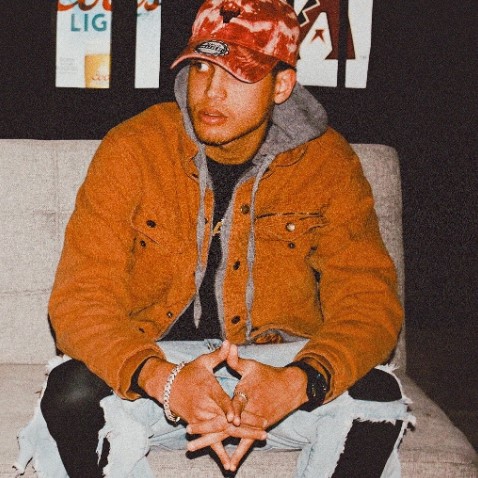 (YorkPedia Editorial):- New York City, Jun 23, 2020 (Issuewire.com) – In today’s generation, pursuing a passion is a cliché; however, seemingly hard to find. While some would say that you can’t have everything at the same time, Waseem X surpasses any cliché when it comes to driving his passion.

Waseem X is an R&B singer, songwriter, and entrepreneur from Phoenix, Arizona. While growing up, he already believed that music was his first love. He started singing to the music that his Dad used to play at home. He found solace in R&B music as it channeled the energy of life.

Life turned upside down for Waseem when his parents got divorced. He had to deal with the abuses of his mother and stepfather. In 2017, he went through the biggest trauma when the worst events involving his family happened in the same year. As a result, he battled with stress and trauma and only confided to smoking weed and drinking alcohol for four straight years.

Waseem realized that his life couldn’t get any better if he did not change his ways of living. He decided to stop his bad habits and worked on self-improvement. While his passion for music was put on hold, he developed the passion of giving back to his community and self-improvement. This unlocked his opportunity towards entrepreneurship.

As an entrepreneur, Waseem founded two businesses that focus on health and fashion. His health-driven company, “A Life Without Disease,” is an online platform promoting the best health and nutrition through life coaching, medical appointments, and supplements. He then launched “Monarch,” a luxury athleisure clothing, footwear, and accessories company serving customers worldwide through its online luxury fashion store.

As success in business becomes apparent, he still recognizes his first love, his passion for music. Only this year that Waseem X is born as a promising R&B artist. His love for singing and writing drives him to pursue music as a career professionally.

And finally, Waseem X released his debut single “Miss Robinson” and performed his very first live show in Phoenix last February 23, 2020. His first appearance as an artist was received with so much love and support. He has plans to release his songs across all platforms very soon. As of now, he will be performing live until his album is set for release.

Waseem’s focus on giving back to the community, especially in line with his passion for music, led him to launch “Star Icon,” a record label company that is for artists. He recognizes that artists deserve 100% transparency from their record label– a platform that aims to give access to artists, producers, and songwriters in selling their content using blockchain technology.

Exceptionally driven by his passion both in business and music, Waseem X created success all by himself. His advocacies, such as helping others, giving back, and self-improvement resonate with his past life experiences. He made a difference by taking action, and he never gave up in the process of achieving his passion. Waseem X believes that the youth has the power to change and create something for the better.