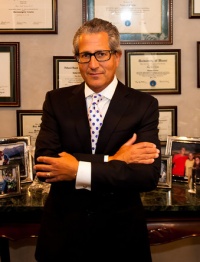 (YorkPedia Editorial):- New York City, Jul 1, 2020 (Issuewire.com) – Maintaining an exclusive plastic surgery practice in Miami, Florida since August of 1985, Dr. Serure has become one of the most sought after doctors for cosmetic surgery procedures. Personal treatment and individual attention are the hallmarks of his reputation. Known locally and throughout the world for his artistic touch and attention to detail, many patients travel to Miami to have him perform their plastic surgery procedures like breast lift, breast augmentation, tummy tuck, liposuction, facelift, and more.

Alongside his clinical role, Dr. Serure is a member of the Voluntary Faculty within the Division of Plastic Surgery, Department of Surgery at the University of Miami Leonard M. Miller School of Medicine. He is also affiliated with several hospitals in the local area, including South Miami Hospital, Baptist Hospital, Doctors Hospital, and Jackson Memorial Hospital.

With a long-standing commitment to excellence, the doctor is board-certified in plastic surgery by the American Board of Plastic Surgery (ABPS). The mission of the ABPS is to promote safe, ethical, efficacious plastic surgery to the public by maintaining high standards for the education, examination, certification, and continuous certification of plastic surgeons as specialists and subspecialists.

Plastic surgery is a surgical specialty involving the restoration, reconstruction, or alteration of the human body. It can be divided into two main categories – reconstructive surgery and cosmetic surgery. A plastic surgeon’s primary responsibility is performing surgical and non-surgical procedures, and they use a variety of reparative and reconstructive techniques to get the job done.

Through his findatopdoc profile, https://www.findatopdoc.com/doctor/2878597-Alan-Serure-Doctor or through his private practice, http://www.aserureplasticsurgery.com/miami-plastic-surgeon/