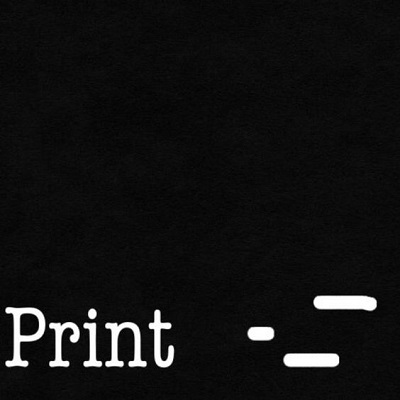 (YorkPedia Editorial):- Clarksburg, Jul 14, 2020 (Issuewire.com) – The purposes of musical and thematic linearity are differently interpreted by artists and the result is a collective evolution of diverse flavors and resonance. Upcoming musical group Print is shouldering the creative responsibility of presenting a cascading musical stream that is a blended arena of various sounds, rhythms, and arrangements. Their debut Extended Play by the same name as the group consists of four harmonic congregations that extract influences from a variety of genres with heavy rock overlays. ‘Ashley’s Song‘ stands out as a beautiful blend of music and themes that redefines contemporary harmonics like no other. The song is also a lyrical wonder that gradually unfolds into an impactful thematic balance.

The other song from the EP, ‘Hallowed‘ is yet another vigorous attempt at creating a musical resonance that would define musical proximities of modern times. A creative collaboration of people who are passionate about music and song-writing, their collective impetus, and resilience brim through the musical entirety of the song. ‘Letters‘ from the same EP further accumulates their distinct takes on the various elements of music-making and unanimously puts forward a complete harmony of lyrics, sound modulations, rhythm, and thematic purposes.

The band Print is currently independent but their introspection of music never came to a standstill. They work extensively with the issues of tragedy, love, and mental illness that thematically find their way to the audience’s hearts as seen in the song ‘Wild Eyes‘. With influences from bands like The Cure, AFI, Tool, Nine Inch Nails, and The Smashing Pumpkins, they have created the hybrid vibrancy and eccentricity with their sound. With a single lined up for release next month, their creative journey is just getting started. Experience the creative limitlessness of music, lyrics, and themes of their thoughtful and stirring soundscape by following their work on Spotify, Facebook, Instagram, Twitter, and Soundcloud.

Listen to the following songs on Spotify: