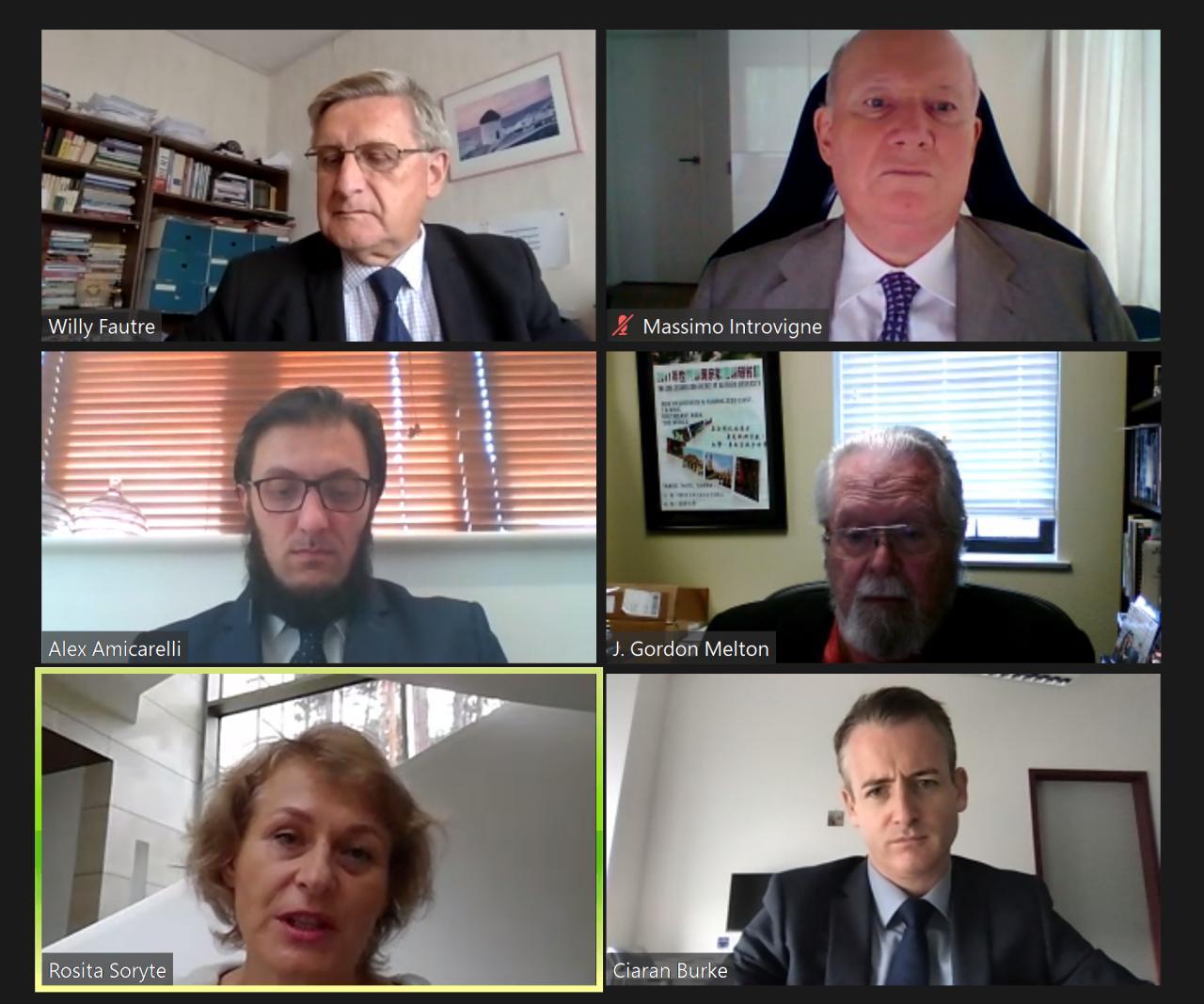 (YorkPedia Editorial):- Melbourne, Jul 28, 2020 (Issuewire.com) – On July 20, a webinar on a new religious movement in South Korea and its political, religious, and social dimensions with the recent COVID-19 crisis invited international scholars and experts in the field of religion, international law, and human rights.

The new Christian movement by Shincheonji has become a target of “persecution from fundamentalist protestants” because of its successful religious expansion “from the conservative and fundamentalist protestants who see Shincheonji as competitors and want to destroy it,” said Massimo Introvigne as an Italian sociologist of religion who studied Shincheonji before and after the COVID-19 pandemic and published the first account of the religious group in English.

Alessandro Amicarelli, Chairman European Federation for Freedom of Belief, pointed out that the South Korean authorities problematized Shincheonji as a cause of the COVID-19 crisis to shut down the church. “Already 30 other people were tested positive before the patient 31 (a member of Shincheonji criticized for the widespread of the virus). Many Chinese including ones from Wuhan had visited Daegu (of South Korea) and infection spread,” he said.

Willy Fautre, Director of Human Rights Without Frontiers (HRWF), said that the recent attack on Shincheonji can be viewed as an attempt by the fundamentalist Protestant groups in South Korea to weaken and destroy the competitor in the religious market. He added, “Human rights violations against Shincheonji members through a coercive conversion program (also known as ‘deprogramming’) with kidnapping and confinement for the last decade have been made as a result of the failure of competition from the Protestant churches in the country.”

Ciaran Burke, Associate Professor in the University of Derby, said that the South Korean health authorities explicitly link Shincheonji and outbreak of the COVID-19 until now even though a greater link between the virus and confirmation cases has been found in other churches. He also expressed concerns over “collecting personal information of 300,000 domestic and international Shincheonji members by the government which is a possible violation of the international agreement, especially the International Covenant on Civil and Political Rights (ICCPR) South Korea ratified in 1990.”

The prosecution initiated an investigation of Shincheonji leaders including founder Man Hee Lee for his alleged role in the widespread of the COVID-19. Three Shincheonji officials were arrested on July 8 on a charge of playing a role in a major outbreak at its early stage by “(submitting) inaccurate list of members.”

“The authorities ignored requests to change the word ‘sect’ in their official reports when referring to Shincheonji church. Local governments encouraged the residents to report Shincheonji congregation and facilities to the authorities, creating a stigma that the members were to be treated as criminals,” said a Shincheonji official in the webinar.

A recent statement issued by “families of the deceased and victims of COVID-19” wrote that “the thousands of the damage and deaths of Koreans reflect the failure of the initial response to contain the virus by the government.” It added that the Minister of Justice Choo Mi-ae “allowed COVID-19 patients from China to enter Korea, leading to a widespread outbreak of the virus across the country, which resulted in the deaths of the Korean people.” It also stated that she is trying to avoid her responsibility for the damage by “giving direct orders to prosecutors for a raid and arrests against Shincheonji Church”.

A leading South Korean TV network, MBC, reported that a recently conducted screening at Daegu, the epicenter of COVID-19 major outbreak within South Korea added the weight to the failure of the initial response to contain the virus by the government. The report, citing analysis from a local university hospital, inferred that at least 180,000 of the total population of 2.4 million people in the city of Daegu were infected with the COVID-19, 27 times to the official 6,800 confirmed cases. Most of the confirmed cases, over 5,000, are members of Shincheonji Church as their personal information was collected by the government, while the remaining 180,000 potential infections have not been investigated.