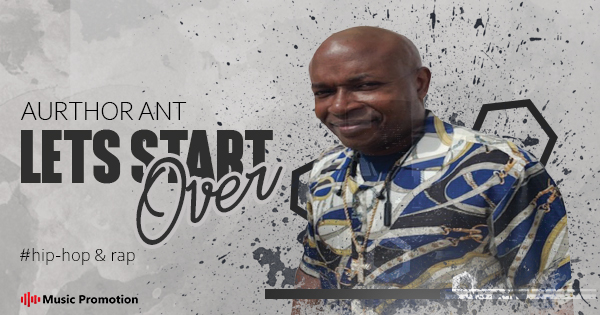 Houston music producer Aurthor Ant showcases the power of his melodic mix in his newest single ‘Lets Start Over’ breathing life into the enticing verse delivery.

(YorkPedia Editorial):- Houston, Jul 28, 2020 (Issuewire.com) – Initially developed in the United States, the genre of hiphop has come a long way proving to be the most sought out and popular musical form with its greatest subgenre rap. Encapsulating the true essence of real hiphop, established music producer Aurthor Ant has been making his contribution to the enrichment of the genre with masterfully crafted and engineered compositions bringing a new thematic wave into play. He introduces his unique and hypercharged melodic cadence through his latest number ‘Lets Start Over’, defying all odds. The poised blend of fast-paced rhyming flow and the alluring chorus of a hiphop number attracted much attention creating an ambiance of remarkable intensity.

Having been active in the producing arena, he is well versed in the fundamental mechanics of the genre which is clearly reflected upon his incredible resonating performance. Determined to create a one-of-a-kind relaxing music, the Houston music producer adds a different flavor in each of his creations putting hand-picked hiphop and R&B elements in a chilling mix. Armed with his wondrous diction, he pours his heart out to achieve a remarkable eloquence of the lyrical therapy in his compositions.

Devoting his exuberant passion and energy to experiment with diverse sonic elements from various genres Aurthor Ant imbibe his individual style in his creations to perfect his unique versatile form of the art. With his multi-dimensional soundscape, the multi-talented composer is trying to bring out more of Texas’s musical talent through his production house Aurthor Ant Music Production. His recently released track ‘Lets Start Over‘ features a brilliant marriage between the robust verse delivery and an idyllic chorus lining up impeccably with the hard-hitting beats. Listen to his other masterful tracks like ‘Call Me’, ‘Let-Me-Take-Care-Of-You’, ‘Got Something For You’, and ‘NO JUSTICE NO PIECE -LRM2- KA’ on SoundCloud and follow him on Facebook, Twitter, and Instagram for more.