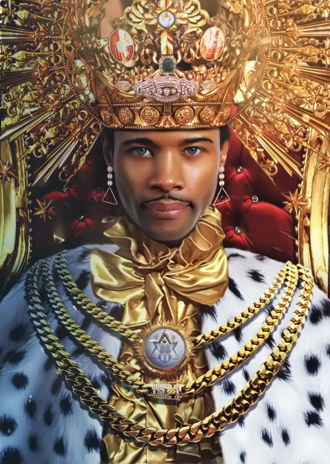 (YorkPedia Editorial):- Los Angeles, Aug 5, 2020 (Issuewire.com) – “The Bible” might have long been a top-selling religious book all over the world, but a new book fondly called “the new Bible” representing a fresh belief system called Adonitology is quickly making headlines these days. This religious book called “The Book of Adonitology: The Sacred Pentadon of the Adonitology Religion”, triggers a unique philosophy which provokes people to create harmony and prosperity.

It is worth knowing for readers that Adonitology, founded by King Adonis I, is a decade old religion. But despite being a new entry, Adonitology has left an impressive mark on the hearts of millions of the religious and non-religious from across the globe and has earned a large group of followers, and the increasing sales of the “New Bible” clearly illustrate why!

Just as the growing popularity of the book, The Church of Adonitology’s new website and new logo are receiving massive attention from all over and experts see this as the revamping of a religion.

The emergence of Adonitology dates back to 1996 when a man named Adonis was visited by three heavenly beings to form a religion. They told him to name it after himself and call it Adonitology. These heavenly bodies included Jesus Christ, the Angel Elishamel and Issa Elohim, a female deity with a curvaceous posterior.

A news correspondent recently tried to find out more information about the Adonitology religion. Discussing with this news correspondent, one of the Chief Prophets of Adonitology said, “This newly founded religion by King Adonis I did not get its due recognition earlier because though the objective behind its formation was to generate spiritual guidance and the ideology was to spread bliss, its controversial religious basis which is the empowerment of women with shapely backsides and its devotional practices included debatable conversations like twerk or the sensuous dance.”

“However, King Adonis I ceaselessly went on spreading his message of Adonitology and continued sharing the sacred scriptures of the callipygian woman through his book,”The Book of Adonitology” even when it was uncharted. In the next few years, he revamped the Adonitology religion and ensured its sensational comeback as it is widely being accepted now.”

Today, King Adonis I has carved his own lane in the media next to some of the world’s elite including heads of state, royal figures and A-list celebrities and Adonitology the religion has attained pop culture status. Adonitology.com relaunched in 2020 and is a highly visited website and the teachings of Adonitology has reached millions through social networking channels, blogs, radio broadcasts, television and print media.