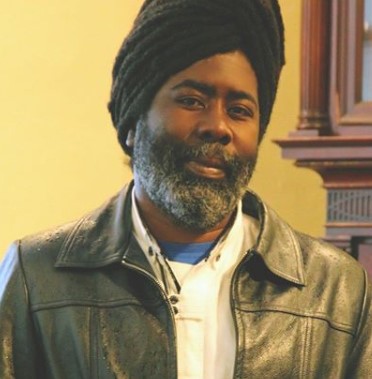 (YorkPedia Editorial):- Madison, Aug 7, 2020 (Issuewire.com) – Love is free and uncertain, that’s what the award-winning Haitian artist Mona Augustin wants to present in his new video called ‘Une Americaine‘ that features a young English lady, some mad love and wondrous blue and silvery waves leaping to the shore of Caribbean Island. He took the initiative to produce the video with Yon SelLanmou Production on July 31, 2020, location set in the most serene beaches and weaved the composition about a blooming love story in the bliss of reggae melodies. With time, he continues to evolve his style of music, and the message he wants to send to the world changes every time he visits a new corner of the world. With such brilliant beaches in his proximity and a ravishing blond lady in his arms, he is a helpless man who falls in love instantly and makes mellifluous video dedicating to the surreal natural beauty.

Mona Augustin has become a popular virtuoso in Haiti and the Caribbean for his establishing his long musical career there. Making music to cheer people and contribute to a great cause is what he lives for. His heart cries for the injustice imposed on girls, curtailing on their educational rights and freedom. He has been involved in many social movements and raised funds with his music to support noble groups of young people all around the world. He started his journey as a solo artist in the cultural places like Haiti, Jamaica, and the Dominican Republic. He began to express his emotions through remarkable compositions from the age of 20. Music was there with him through thick and thin and he has already made more than a hundred songs. His debut album titled ChanjeLideSa with DILAM was produced by Melody Markers and released in 1993.

The veteran of Caribbean melodies and marvelous reggae tunes have won several awards for his captivating compositions. “This Love is Blessed” is a heart-felt music video dedicated to the oppressed section of the world that won the best folk song as an Akademia Music Award winner in August 2016. “I’m Gonna Miss You” also elevates the aesthetic version of the Jamaican culture and it has received two awards, one from Akademia Music Award and the other is from WNYR New York. Music is the gift that God has created to influence, entice, and inspire people to get better with time. ‘Une Americaine’ is a soulful music video that focuses on unconditional love that is like the limitless sky. It is about how a foreign lady likes the soul of an Asian man and how they sublime the boundary of culture in the midst of nature and symphonies. Follow him on his Website, Facebook, Twitter, and Instagram for all the new songs that are coming up soon.

To watch out this music video ‘Une Americaine’, visit below: