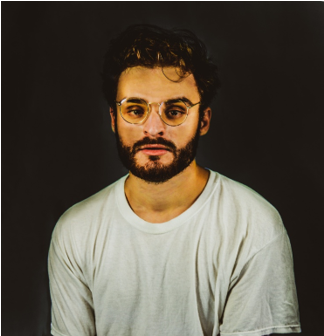 Today the world is shooked by Patrick Walsh’s performance and nothing is stopping him from curating music that creates a balance across diverse genres.

A fiercely independent spirit, Dubz started writing his own music at age fifteen and first performed on stage at the Stone Pony in 2017, followed by shows at The Saint in Asbury Park, Brighton Bar, House of Independents, Asbury Hotel, Asbury Park Music Foundation and Game Changer where he opened for Troy Ave. Dubz’s charisma, energy, stage presence and audience involvement create an electrifying experience.

One of America’s most impressive creative prospects, Patrick Walsh is an artist, producer, and songwriter with a deft penchant for creating cosmically-tinged music. Music is a form of art that is supposed to contribute to society and Dubz is a natural storyteller. The track that he creates makes you feel strong and powerful. He brings stories that every soul can relate to.  Dubz has been interviewed by WMSC radio, Foster Magazine, and Shore Life Lyrics.

Recently, Dubz founded “Dumblit” a soon to be record label, which comprises a clothing line, recording studio, and distribution of merchandise for artists. Dumz is a brand and he understands how essential it is to create a business infrastructure. “I learned as an entrepreneur everything has to have its place. Everything needs to move forward. And if you’re not making money, it doesn’t make any sense”, he said.

With a love for assorted and diverse music, Dubz has successfully hosted, promoted and organised countless shows for various artists over the past several years at local New Jersey venues.

You know those songs that immediately make your mind “cut to” a sequence of memories or even a daydream of what-could-bes that play like a film reel? Dubz songs dissect the emotion and about making a life in a time of moving on. His milky voice will make you swoon while he delivers brutally blunt lines about his life and craves for connection.

The music industry is currently growing at its fastest rate, an artist from all over the world are relentlessly releasing track after track and the talented Patrick Walsh, an artist making waves in the industry isn’t just sitting back and watching. He has become one of the most promising superstars (and the biggest sweetheart) across the globe. He’s gone from go-to featured artist/songwriter on tracks to releasing three great LPs in less than two years.