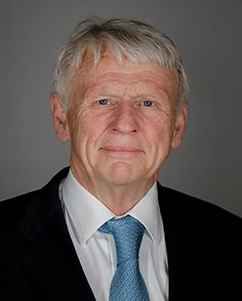 (YorkPedia Editorial):- New York City, Aug 19, 2020 (Issuewire.com) – Having served the patients of Central Georgia for over four decades, Dr. Robinson is one of the area’s most experienced neurosurgeons. He is the President of the Georgia Neurosurgical Institute.

The physicians at the Georgia Neurosurgical Institute hold 28 patents for medical devices and are at the forefront of surgical procedures, clinical trials, and medical research. Some of the services that they offer include: minimally invasive techniques, diagnosis and treatment of disabilities of brain tumors, open surgical techniques, and holistic treatments. They also train other neurosurgeons worldwide, including those in underdeveloped countries where medical care is often scant or unavailable.

After receiving an undergraduate degree from Harvard University with honors in 1967, Dr. Robinson continued his studies at the University of Virginia, from which he received his medical degree in 1971. He completed neurosurgery training with rotations at St. Bart’s Hospital and National Heart Hospital in London, England; Northwestern University; Emory University; and Yale University where he was named a Robert Wood Johnson Clinical Scholar. He also completed a fellowship in neurosurgery at Memorial Sloan Kettering in New York, New York.

In 1981, he began his neurosurgical practice at The Medical Center of Central Georgia, Navicent Health. He became Chief of the Neurosurgery Department there in 1988. His resume includes many teaching assignments, including stints at the University of Illinois, Yale University, Mercer University, and the Medical College of Georgia, as well as visiting professorships and lecture dates in Thailand, Scotland, Honduras, Italy, China, Lithuania, and Peru.

A Fellow of the American College of Surgeons, the doctor is board-certified through the American Board of Neurological Surgery, whose broad aim is to encourage the study, improve the practice, elevate the standards and advance the science of neurological surgery and thereby serve the cause of public health.

Throughout his extensive career, Dr. Robinson has developed national and international neurosurgical research, which is a lifelong passion. He has also served as part of the Trauma Commission of Georgia and was very instrumental in getting The Medical Center of Central Georgia, Navicent Health, named as one of three Level 1 Trauma centers in the state. Likewise, he lent his time, talent, and resources into getting the Mercer School of Medicine here as well.

Neurosurgery is the medical specialty concerned with the prevention, diagnosis, surgical treatment, and rehabilitation of disorders which affect any portion of the nervous system including the brain, spinal cord, peripheral nerves, and extra-cranial cerebrovascular system. Neurosurgeons are doctors who diagnose and treat problems with the nervous system, often by performing surgery on the brain or spine. They treat strokes, tumors, cervical and lumbar disc disease, infections, and head or spinal cord injuries.

As his abilities are widely recognized, Dr. Robinson has fulfilled many invitations to lecture on disorders of the brain and spinal cord all over the world. He has contributed over 115 articles for publication in such noted periodicals as the Journal of Chronic Diseases & the Journal of Neurosurgery and Neuroscience. Additionally, he has authored a book “Toward Healthcare Resources Stewardship” and is currently working on a second one about trauma. On a weekly basis, he hosts a television show called Observations on Cox Channel 112 where he discusses current topics of politics, religion, and healthcare with a variety of guests.

On a more personal note, Dr. Robinson is married to Elizabeth Moate Robinson. They have two sons: Joe Sam III MD and Edward Richard Mixon who is a medical student at Mercer University.

Through his findatopdoc profile, https://www.findatopdoc.com/doctor/36070-Joe-Robinson-Neurosurgeon or through Georgia Neurosurgical Institute, http://ganeuroandspine.com/physicians/joe-sam-robinson-jr-md/