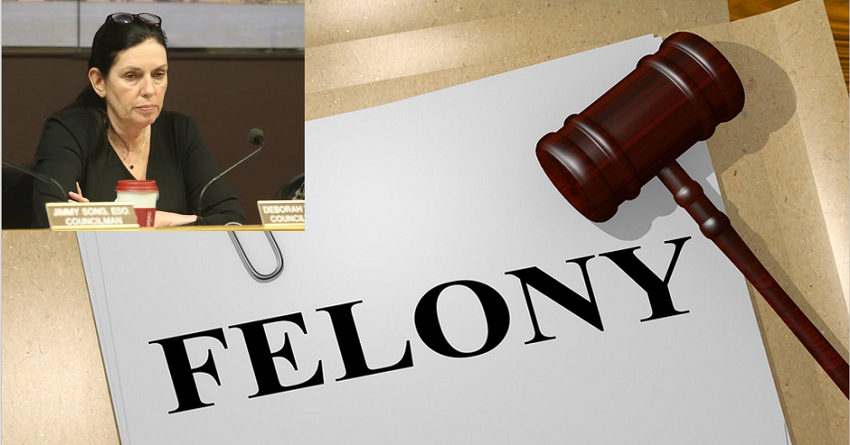 Someone convicted of a crime of moral turpitude was appointed by the Democratic Majority to hold the most influential position that can change the future of the entire town and its residents.

(YorkPedia Editorial):- Englewood, Aug 29, 2020 (Issuewire.com) – Under law, a felony is the most severe type of crime, however, Democratic Councilperson Deborah Tsabari never disclosed to her constituents that she was convicted of tax evasion.

Why did the Democratic party knowingly allow Deborah Tsabari to hold such a powerful role?

In 2018, Tsabari and Attorney Jimmy Song campaigned on “Financial Integrity” and claimed they will protect residents from “skyrocketing school costs from additional 600 apartments” sought by 800 Sylvan.  Please see: http://englewoodcliffs.com/wp-content/uploads/2018-Deborah-Tsabari-and-Jimmy-Song-Campaign-Material.png

Days after instructing Borough Attorney Albert Wunsch to settle with 800 Sylvan, Tsabari and her Democratic Controlled Council unanimously voted and signed a resolution supporting the affordable housing plan to bring 77 Units to Hudson Terrace deliberately deceiving the public with their actions.

Now Tsabari is in charge of engineering solutions for affordable housing, the most contentious yet most powerful position on the council.  Property taxes are the largest own-source of revenue for the borough.  Source: https://www.taxpolicycenter.org/

POLITICIANS WHO HAVE FAILED THE RESIDENTS WITH LIES, DECEIT AND SELF INTERESTS MUST BE REPLACED WITH A GOVERNMENT OF THE PEOPLE, FOR THE PEOPLE, AND BY THE PEOPLE.