The Abolish Slavery National Network is Fighting to Remove Exceptions for Slavery in U.S. and State Constitutions

(YorkPedia Editorial):- Denver, Sep 2, 2020 (Issuewire.com) – The Abolish Slavery National Network (ASNN) today announced the launch of a nationwide effort to remove exceptions for slavery and involuntary servitude in the U.S. Constitution as well as state constitutions across the country. ASNN is a coalition of 6 organizations and nearly 100 supporting individuals and groups who believe that the fight to eradicate systemic racism cannot be won as long as the country’s foundational documents still carve out exceptions for slavery. With the release of a kickoff video and the launch of its website, www.abolishslavery.us, ASNN aims to create a nationwide movement to finally close the chapter on this grim part of American history.

The movement seeks to remove languages such as the exception in the 13th Amendment of the U.S. Constitution which reads, “Neither slavery nor involuntary servitude, except as a punishment for crime whereof the party shall have been duly convicted, shall exist within the United States, or any place subject to their jurisdiction.” As worded, the Constitution allows for slavery if it can be framed as a punishment for a crime. In addition, 26 state constitutions have enshrined either “slavery” or “involuntary servitude” or both as a possible punishment for crime. Only Colorado has explicitly banned both in all circumstances.

“Slavery was an abomination that continues to shape the Black American experience today, and we see this in the persistence of systemic racism that leads to Black Americans being disproportionately arrested, tried and convicted of crimes when compared to white Americans,” said Kamau Allen, Community Organizer of Together Colorado. “While the criminal justice system must be purged of systemic racism, we must also ensure that the foundational documents of our country and our states do not continue to enshrine slavery as a means to extend this shameful legacy of racism so we can move toward a more equitable future.”

Together Colorado spearheaded the Abolish Slavery Colorado coalition which brought about the passage of Amendment A, a 2018 ballot initiative that successfully removed involuntary servitude and slavery from the Colorado Constitution. Amendment A passed with 100 percent legislative approval for the ballot initiative and two-thirds of the voting populace voting in favor. With the success of Amendment A in Colorado, two other state legislatures–Nebraska and Utah-have referred similar amendments to the 2020 ballot. Similar campaigns are underway in several other states.

“Although the Thirteenth Amendment [of the U.S. Constitution] guaranteed people freedom and said that there weren’t slaves anymore, there was still a provision set up where slavery was still allowed to exist in the United States,” said Rep. Sandra Hollins (D-Salt Lake City), who authored the Utah bill to remove slavery from the state constitution. “This no longer reflects who we are as Utahns and it no longer reflects our values or where we are trying to move to as a state.” ASNN aspires to build a nationwide movement to eradicate slavery from each state constitution as well as the U.S. Constitution. The current coalition includes organizations, policymakers and community organizers spanning six states:

To learn more about the ASNN and join the movement, visit www.abolishslavery.us. 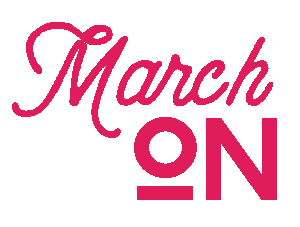