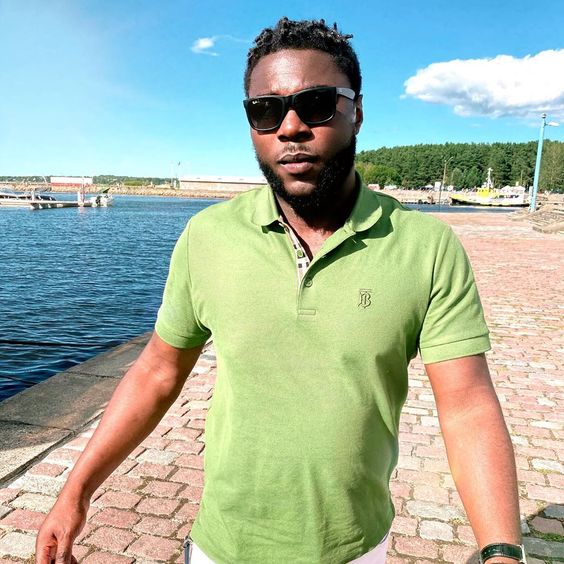 The cultural, rhythmic, and thematic elements in Estonia based creative artist Scott GiRi’s song ‘GRATEFUL’ is a tribute to the expansion of music as a whole.

(YorkPedia Editorial):- Tallinn, Sep 15, 2020 (Issuewire.com) – Portraying beautiful linearity in terms of thematic and cultural influences in upcoming artist Scott GiRi and his extensive scope of musical understanding. Working alongside the enamels of Afrobeat, he has customized his sound with various inspirations and paved the way for something timeless, flexible, and virtuous. He recently came out with the single ‘GRATEFUL‘ in creative collaboration with fellow artist DARNO that recreates the ideals of progressive world music like no other. The song sets sail in a course of cultural and creative redemption as both artists blend individualistic ideas and musical theories to give birth to a hybrid sound that is undulating, enriching, and motivating. While the artist puts in his flavors of Afrobeat creative definitions, his fellow artist submerges into a Middle Eastern vibe and collectively move mountains of cultural differences.

Upcoming Estonia based creative artist is associated with the label GiRiGang that gives him the support and platform to showcase his creative individuality without any limits. Open-minded, all-inclusive, and progressive, his soundscape is a lenient mix of Afrobeat and Afropop vibes that collectively render his music as the new big thing in the spectrum of musical appreciation. His sound ideally captures the essence of the modern-day crowd and hence, garners audiences of all ages. The song ‘GRATEFUL‘ is a beautiful rendition of mixed musical flavors and both artists contribute their eccentricities in making the songs stand out in creative fervor. A song that is positive and motivating, it has the potential to deliver happiness and hope among the listeners and provide them some of the best creative times for recreation.

Afrobeat and Afropop artist Scott GiRi makes music from his heart and soul and the transparency gets reflected in his music as well. His thematic designs are captivating as he places them across lyrical modules to express his inner thoughts. Some of his other songs that have enriched his soundscape include ‘Ojukokoro’, ‘Shomawa’, ‘Nwatiti’, and ‘Igbalode’ that further inflate his creative abilities to play with various musical inspirations and elements. Follow this journey of contemporary Afrobeat and Afropop blends on YouTube, Facebook, Spotify, Instagram, and Apple Music.