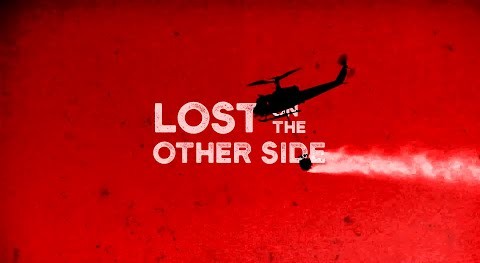 Introspective Folk-Pop duo Hope and Justin form a new community project Mr. Smith and release the official video ‘Lost on the Other Side’ to fight with the crisis.

(YorkPedia Editorial):- Camarillo, Sep 21, 2020 (Issuewire.com) – The horrifying wildfire in America took thousands of lives and many were left homeless until rescue teams showed up and such a painful event cannot go unnoticed by the group of true artists who make music for a cause. Hope and Justin, a married couple from California, are one of the few gems who sing songs led by a cause, and they are currently devastated with the loss in the current firestorm that left charred rubble for miles. They have introduced a new community project called Mr. Smith, a collaboration where popular artists of different bands took part and recorded the official video ‘Lost on the Other Side‘. It was premiered on September 12, 2020, on Youtube, just after the catastrophic accident took place. The video is dedicated to the families of the victims who lost their homes, loved ones, and every little property in that uncontrolled flame.

Hope and Justin met one night and never stopped writing and singing songs about love, hate, comfort, warmth, and difficulties in life. Their musical journey has brought them together and now they share kids and a big family, finding new inspiration to write songs every day. The started to make music as a duo force since 1998 and nothing hasn’t changed except for the world around them. They are among the few talented artists who learned to manage their passion and turned that into bliss for the audience with 4 beautiful Folk Pop albums. They still find time to write songs and share ideas in the kitchen with a picture-perfect family. In 2013, they were chosen as “New Folk Finalists” in the Texas Kerrville Folk Festival for their second album Eastern Bound. They took the prize of the “Best Folk Song” in the West Coast Songwriter’s Competition. “Lay You Down” and “Living the Dream” are the most popular Youtube videos made by the duo.

The official video of ‘Lost on the Other Side’ is out now and streaming successfully on their YouTube channel. It is sung by several vocalists like Perry West and the Schneir couple. Michael Miley from Rival Sons joined as the drummer and Kenny Hensley participated as the piano artist in this project. Heart-wrenching lyrics and outcry in the crisis are what felt throughout the song to understand the seriousness of the situation. They tried to be kind and generous towards the victims and decided to donate all the money that will be earned from the views. With the overwhelming overture that leads to a heartbroken chorus that chills your bones, this video speaks for those thousands of souls who have lost everything yet they believe in good days. It was recorded at Colorbox Recording in Ventura. Follow them on their website, Youtube, Instagram, and Facebook to know about their upcoming album.

To check out the video ‘Lost on the Other Side’, visit below: