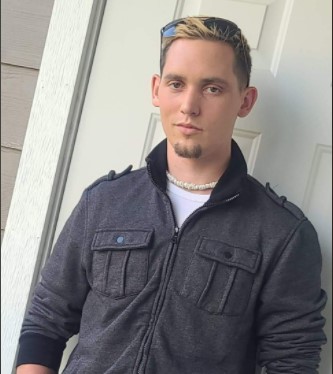 Multi-talented rapper Micodin surprises the fans with his latest music video ‘The Rapture’ capturing the true spirit of contemporary hip hop through his dynamic performance.

(YorkPedia Editorial):- Spokane, Oct 5, 2020 (Issuewire.com) – With the potential to become the mouthpiece of the youth of the generation, the genre of hip hop and rap has been the first choice for budding musicians to express their interpretation of the world. Radiating with an exceptional artistic aura, brilliant rapper and songwriter Micodin molds his raw thoughts into polished and comprehensive artistic lyrical ballads imparting his thoughts and feelings into the world. His most recent release, a music video of his creation ‘The Rapture‘ shows off his dynamic and lightning-fast rap embracing the hard-hitting groove of the track forming an unbreakable bond. The heart-pounding vocal performance of the artist seeks to enhance the lyrical impact of the song that is bound to leave a permanent mark in the global hip hop community.

Being heavily influenced by the lyrical grandeur of the hip hop genre, the articulate musician has always considered the lyricism the backbone of any musical form. With years of sincere work and practice, he has developed an unmatchable repertoire of rhyming words that has the power to convey his perspective in a flawless and convincing manner. Garnering inspirations for his creations from his own life, the prolific artist has successfully generated genuine reactions from the audience through his honest and realistic soundscape. Prioritizing the lyrical aspect of his music he put equal emphasis on the melodic scheme producing breathtakingly addictive and unforgettable beats and highly addictive killer hooks.

Working with the renowned production house ‘Right on the Money’, Micodin is channeling all his energy and pent up thoughts into his music crafting masterpieces like ‘The Rapture’. The song is the epitome of the old school groove meeting contemporary instrumental and rap vibe that has been made possible by his outstanding creativity. The music video features visuals from the cult classic film This Is The End, which goes perfectly with the whole aesthetics of the soundtrack making it feel like its a part of the movie. His other masterpieces like ‘Not My City’, ‘Demons’, ‘Growin’ in the World’, ‘Had it All’, and more has also created a sensation among the hip hop enthusiast all over the world. Follow him on Instagram and Facebook for more updates.

To check out the music video ‘The Rapture’, visit below: