(YorkPedia Editorial):- Richmond, Oct 5, 2020 (Issuewire.com) – Strings is a remarkable piece of work with a gripping and emotional storyline and a fascinating story behind its dual creators.

The film is the brainchild of Filipino-American Actor and Producer, E.P. Macalma who was inspired by a poem he created called, Strings. The idea to evolve the poem into a movie came when he initially wanted to turn it into a short film. Producer Rebekah Hart Franklin was approached with the concept, loved the idea and the two immediately started to create the experimental and stunning feature-length drama.

Strings revolve around two main characters, Kat, a married publisher, and E, a former bestselling author, who meet to collaborate on a book of poems. The two have instant chemistry and share a connection through their work. The story takes you on an emotional journey through Kat and E’s relationship as it grows from business to friendship and beyond. In the end, secrets are revealed, and an explosive final confrontation takes place. Nods to Edgar Allan Poe are intertwined throughout this intense, emotional drama that will linger in your mind as you are transported on an artistic journey in which Cinematographer, Pascal Payant, provides an amazing backdrop for this masterpiece of a film. Carlos Villalobos, Music Producer, Artist & Composer for Fox’s Empire among others, brilliantly pairs a captivating musical score to better highlight and develop the relationship and storyline between Kat and E. It’s a must-see and hears!

E.P. Macalma and Rebekah Hart Franklin are self-taught in the industry and seek to be an inspiration for both minority and women filmmakers. Their diverse culmination of skill and knowledge generates a unique approach to storytelling unlike any other. Throughout the film, the audience gets instant gratification due to the succinct storytelling, which rather than dragging the story out, creates a straight to the point film, leaving the viewer fully engrossed. Strings perfectly adhere to RKHFFILMS & E.P. MACALMA MEDIA Mission Statement: To empower the world by creating diverse and compelling content that connects with everyone on a more profound level. We will accomplish this by producing high quality, artistic, and unique films that will encourage people to question everything and risk all to live their truths and conquer their dreams.

Strings is available to watch now Streaming at www.stringsfeaturefilm.com

The full inspirational poem can be accessed through EXTRAS after the film is watched.

Kat is an unhappily married housewife who aspires to be a writer. Her research takes her to a bookstore where she meets, E, a former best selling author who seeks new inspiration, which he quickly finds in Kat. They have instant chemistry and are connected through their love of writing and books.

Their relationship quickly develops from peers to best friends to business partners. From this relationship, Kat transforms from an aspiring writer to a publisher, helping E find success and a second chance with his collections of poems financed through her wealthy husband.

The pair’s work relationship intensifies as the two develop feelings that go deeper than friendship, which neither acts upon, causing tension and an eventual severe fallout between them.

E refuses to finish the book of poems causing Kat to send E an unexpected gift the day before her birthday. Now, he has to face his inner demons and the agonizing truth about Kat, who has held a secret throughout the entire story. This secret helps E find the inspiration to finish the final poem she demanded from him during their last and final confrontation.

E.P. is a Filipino-American writer, producer, actor, and director who currently owns two production companies, E.P. MACALMA MEDIA. He’s produced critically acclaimed short films for HBO and the 48 Hour Film Project. Additionally, E.P. has produced several commercials and is developing a potential Netflix Series. He is an award-nominated actor that can be seen in several short films and two feature film roles in 2019. He has hosted Hollywood Networking Events with guests from 20th Century Fox, Lionsgate, Legendary Entertainment and Warner Bros. Pictures. E.P formerly worked as a Talent Agent Associate at Hudson Talent Agency. He has his bachelor’s degree in Theatre.

Rebekah is an award-winning producer and actress. She is the owner-operator of RKHFFILMS and co-owns an Ohio based film company, I71Movies, who produced the award-winning internationally distributed feature film, Dark Iris. In addition, Rebekah has worked independently as a producer on several short films and commercials. Besides producing, Rebekah has also worked as an actress on several projects including a co-starring role in the CW Pilot Untitled Paranormal Project and the lead in the ID Channel Nightmare Next Door and Ice-Cold Killers. She has also hosted shows on 30A Television, including Good Morning 30A. Rebekah has her bachelor’s degree in Liberal Arts with an emphasis in communications, social and behavioral sciences, and humanities, and is currently pursuing her MBA. 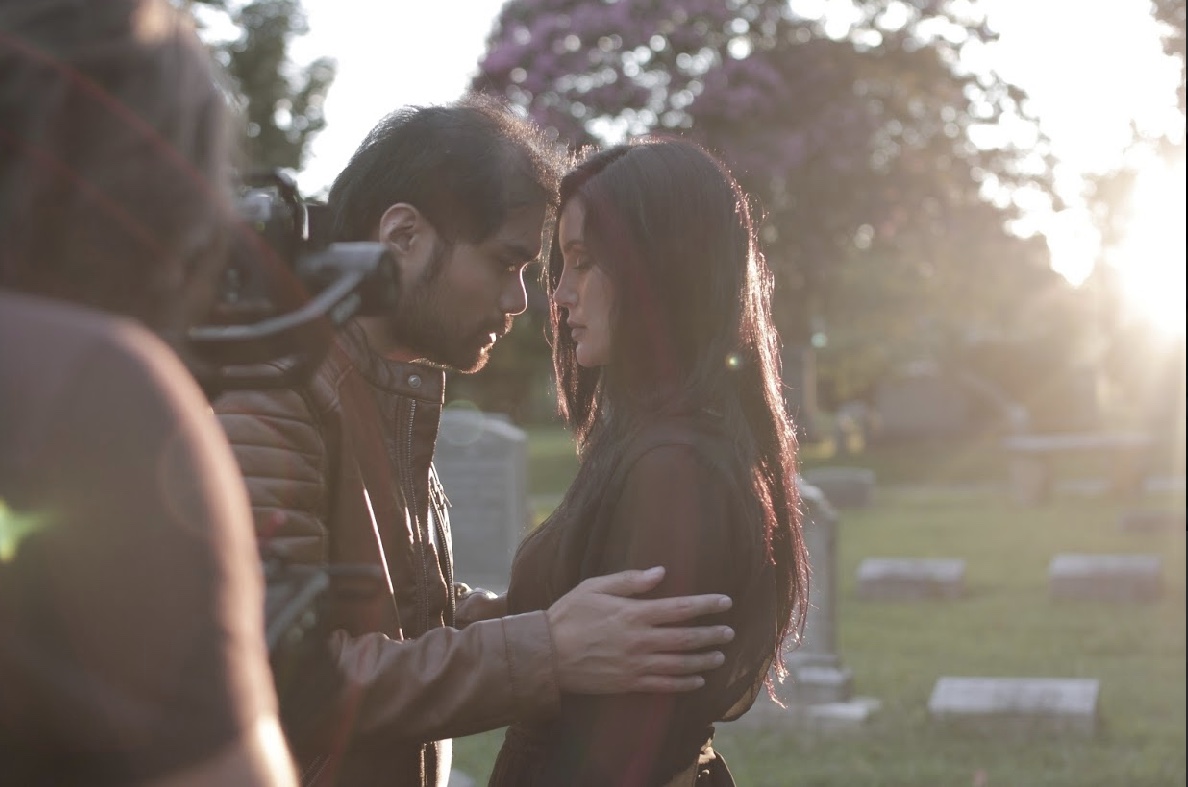