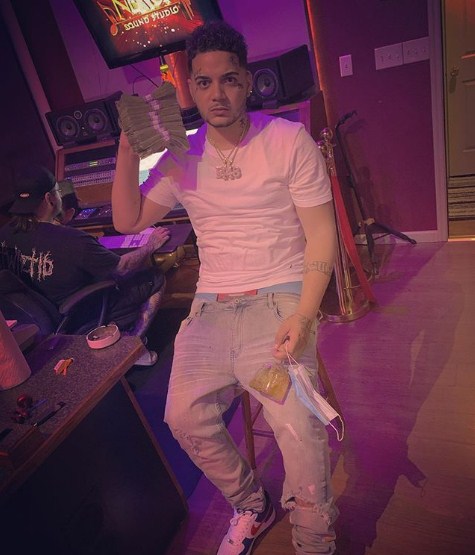 FAC Marlo rises above the mediocre league to flaunt his charismatic style and genuine hip-hop sound as he performs most captivatingly in the music video ‘Phone Call’.

(YorkPedia Editorial):- Pittsburgh, Oct 10, 2020 (Issuewire.com) – Striking through all odds with immense style and maturity, a rapper who is steadily changing the rap game with his swagger filled style and original sound is FAC Marlo. The talented hip-hop artist has a voice that is completely unheard of in the scene and the rapper uses that to his best of abilities to strike a connection with his fans. By addressing the audience, the rapper has created some superbly catchy and engaging hip-hop numbers that effectively speaks of his growing up years. Having faced several atrocities and hardships, the rapper kept grinding it harder with his natural skills to earn the fame he has attached to his name today. The artist’s soundtracks show off his growth both musically and personally as he boldly raps about the trials and tribulations he has faced all these years.

By stylistically portraying his various struggles through effective and raw words, the rapper has recently dropped his latest music video ‘Phone Call‘ in which he has done a fantastic job to showcase his musical attributes and great production skills. The song is not only catchy for its punchy rhymes but the enigmatic presence of the rapper as he grooves and raps to the trap beats completely engage the audience throughout. Kicking off with a phone ringing in the background, the artist raps in a slow mode, guided by laid back beats, and progresses to gear up his speed, while flawlessly maintaining his momentum. The lyrics speak of how the artist has come up from the bottom and that everything he has earned today is because of his honest struggle and passion for music. His expressions are true and the songwriting genuinely appeals to the audience for its authentic essence. Marking his strong presence throughout the video, the rapper puts in his all to build a remarkable impact on the listener’s mind and positively does that with his powerful craftsmanship.

Coming from Pittsburgh, FAC Marlo, where FAC means Family Always Count is a rapper, hip-hop enthusiast, songwriter, and producer who creates songs that are based on his true-life story and experiences. Life hasn’t been easy for him and the artist had to learn things the hard way. Having started writing and recording songs since a very young age, the dynamic artist got a breakthrough in his career when he got the opportunity to open up for Project Pat. Built under the label FAC, the music video ‘Phone Call’ is surely going to resonate with his fans for its significant meaning and is now available on YouTube for the full watch. Follow him on Instagram and Facebook for further details.