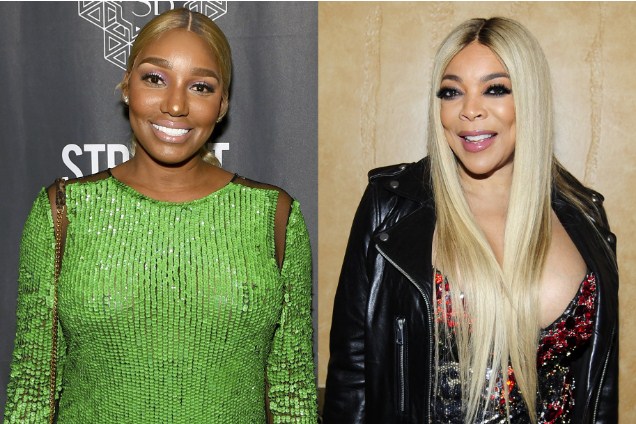 Be careful what you post on social media these days as it can come back to bite right at you. NeNe Leakes Has The Time Of Her Life With Wendy Williams, But People Bash The TV Host’s Wig. She probably did not realize or take notice of her friend’s wig when she posted the video of her and Wendy Williams enjoying their girl time Sunday.

Fans started passing judgment on the TV host’s wig as soon as the video was posted.
A commenter wrote: ‘Why she (Wendy) can’t wear some of her work wigs outside? Cause that one looks like hay,’ Others followed saying: ‘Wendy too rich for her wigs to keep looking like that.’

Some followers didn’t want to lose this opportunity to roast Wendy for this. Someone said:  ‘I and my friend after the brunch/day party ends.’ Another joked: ‘I’m sorry I thought this was two white women who tanned.’
People bashed at her saying she never takes care of her hair. One Instagrammer said: ‘So wtf?! Why is Wendy’s hair never done outside of her show? I don’t get it.’ Another agreed to say: ‘I hate that Wendy never puts effort in her wigs when she’s seen out in public, it’s like she wants to be a target for memes and roasts.’ One Follower even commented on their friendship saying:  ‘They have the strangest friendship, omg minute they hate each other the next they love each other like sisters.’

The roasting and the memes have suppressed NeNe’s effort to impress her fans with her Fendi piece.  Though some fans were impressed and appreciated the outfit, some accused her of Photoshopping too much.

Making fun of her caption “We see each other’ they said it was hard to see her true self under the heavy filters and Photoshop.