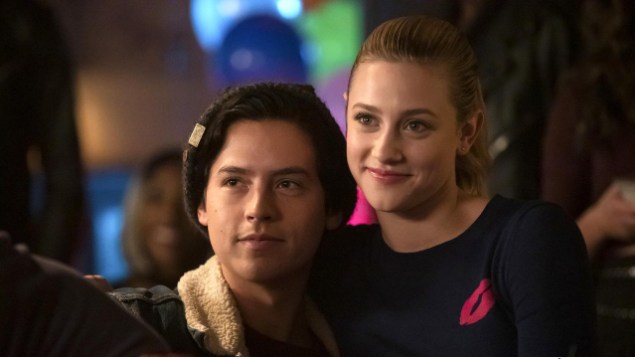 The 22-year-old actress and the 26-year-old actor sparked romance rumors in July 2017 after the duo were spotted together displaying PDA at Comic-Con 2017. The rumor was fueled with their romantic get-away and their first red carpet appearance as a couple.

As time rolled the two became much more comfortable with their status and started gushing over each other during interviews.

But according to recent reports, not everything seems to be going well in their love castle. Fans are freaking out over Cole Sprouse and Lili Reinhart break up gossip.

The Riverdale co-stars were witnessed entering separately at Entertainment Weekly’s Party at Comic-Con in San Diego, California a couple of days back. Being of private nature, both of them seemed to be in a bad mood as the pair posed awkwardly during talks and interviews.

Sources say it all started when Lili’s mom shared and removed an IG story of her daughter wearing a shirt that read ‘I’d be lost without you’. But amidst all these rumors the actors have chosen to stay tight- lipped about their break up rumors and still acted friendly at the recent event.