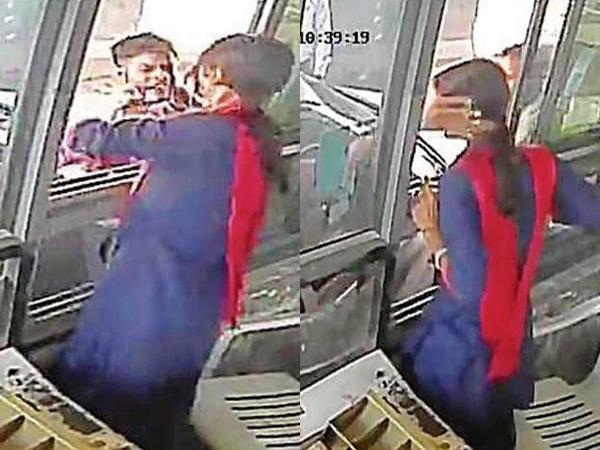 In a brutal incident to happen, a woman toll collector has been punched and slapped by a man in Gurgaon when he was asked to pay Rs. 60 as a toll at a toll plaza. The incident was caught on a CCTV camera which was installed at the toll booth. The incident took place in the cyber city of Gurgaon located in Haryana province.

It happened in the morning at around 11.50 am when a man drove his car to the toll plaza in a place called Kherki Daula which lies on the Delhi Manesar route. The CCTV footage clearly shows a woman asking for Rs. 60- before the man could drive past the barriers.

The man identified himself as a resident from Shikohpur which is a neighboring village and straight away refused to pay for the toll. A forged identity card has been shown by the offender. Sohni, the woman toll collector insisted that the toll should be paid.

The person got enraged and slapped and punched the lady and pusher her behind. The accused fled way before she could alert the security personnel. Gurgaon police registered a case of assault where to nab the person a manhunt is launched.

I am an avid book reader who takes interest in varied subjects. I used to play professional cricket for a club and have lots of interest in sports. My choice of subjects are diverse and ranges from food, travel, music and movies as well as health and fitness.