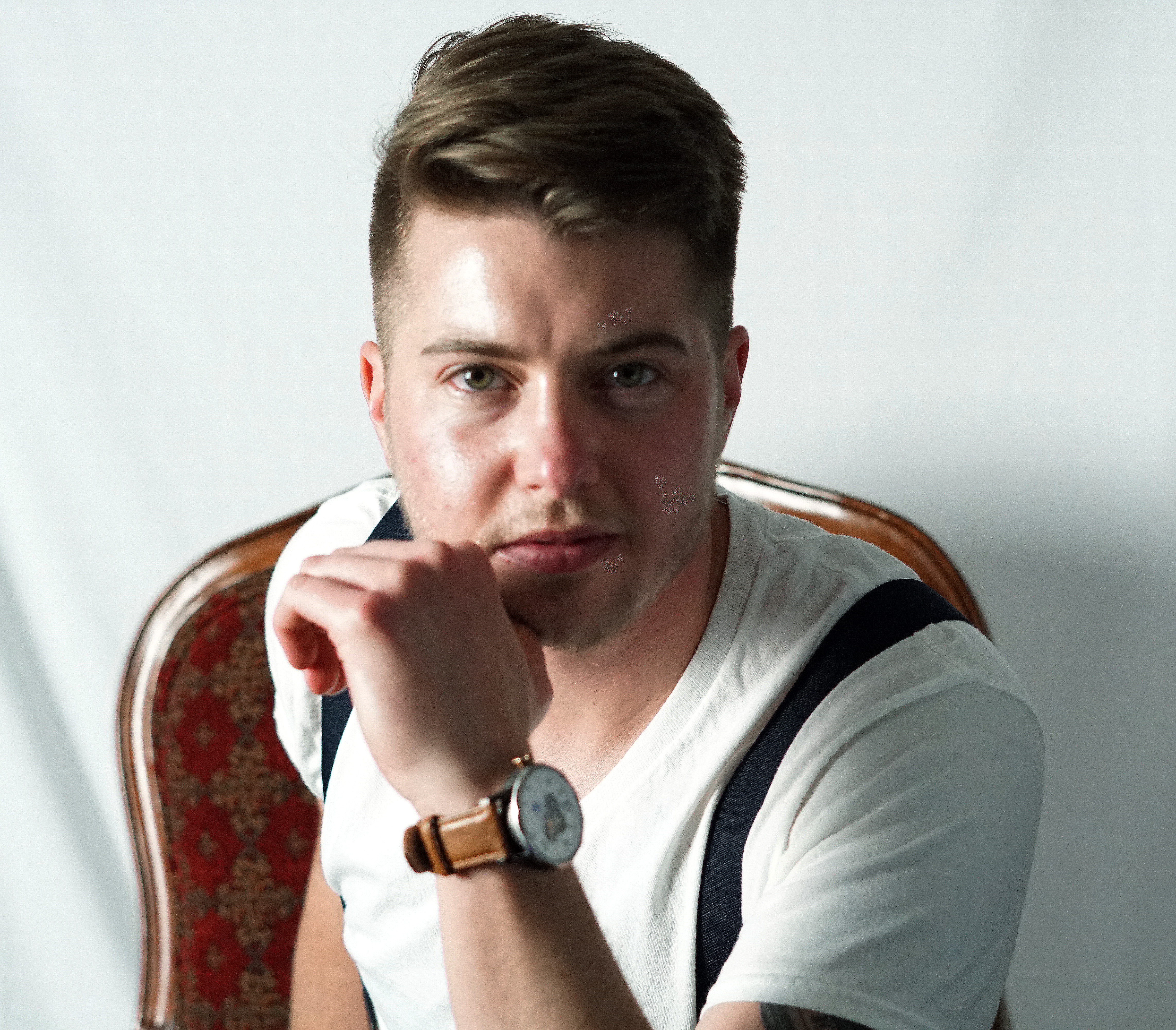 (YorkPedia Editorial):- Crystal Lake, Sep 27, 2019 (Issuewire.com) – I recently had the opportunity to interview Samuel James Rosenmayer, founder and owner of Samuel James Watches, Ltd. Sam, as he prefers to be called, is a millennial transgender man who is open about his life experiences. Recognizing the importance of visibility to help remove the stigma of being transgender, he’s thoroughly open about his experiences, letting people know it’s not something you do on a whim. But for a person who knows they’ve been born in a wrong body, the transition process opens the door to an authentic life where their body finally matches their gender identity.

Sam is hoping to educate and support others within the trans community and beyond about the rigorous but ultimately satisfying journey to finally have your body reflect who you know you’ve always been. What’s particularly interesting is that in the process of transitioning, his artistic flair not only launched his watch business, it also awakened his philanthropic instincts.

Growing up in Chicago as the youngest child in a conservative “yours, mine and ours” household, Sam revealed that by age five he felt something was wrong, that somehow “God messed up.” By ages six and seven, he KNEW something was wrong. And by ages eight and nine, he was feeling a wish to be a boy on a deep level. His mother was a devout Catholic, and he knew his desire to change gender wouldn’t go over well with her, so he kept trying to suppress those feelings but without any luck.

By the time Sam came out at age 22, he had done so as a lesbian and not only lost all his friends; he also didn’t know anyone in the LGBTQ+ community due to his conservative upbringing. He really emphasizes the importance of researching your local area for resources such as therapists, availability of hormones, and places to stay, some of which may be free.

With the help of his family, some new friends, and some therapy, at 25, he finally decided to make the transition from female to male. While many think it is immediate joy and relief when you begin the transition process, Sam says it was a real challenge, again emphasizing the importance of therapy and finding a support network.

He describes his first six months of transition as terrible. While the hormones are taking effect, he says, “you still have boobs, and your face gets masculine, and people don’t know what you are.” But that’s when his artistic talent and his love of watches kicked in and gave him a new focus.

An enthusiastic watch collector, he’s always valued the unique looks and fine craftsmanship of older watches, seeing them as important pieces of jewelry. To pass the time, Sam began to draw unique watches that were bold but also unisex in design. Receiving lots of positive feedback on his designs, he began to research how watches were made. The result? By age 26 he launched Samuel James Watches, Ltd. with watches that are distinctive, high-quality, dependable and yet affordable.

Sam now donates $10 from every watch sale to non-profit organizations that are fighting to end human trafficking, protect our environment, suicide prevention, and animal abuse prevention. The organizations change monthly, but some of them include the Human Rights Campaign (HRC), The Trevor Project, GLSEN, the National Center for Missing & Exploited Children and the Humane Society of the U.S.

As Sam and I talked, I was struck by how closely his journey has mirrored the quote by well-known writer, psychiatrist, and spiritual guide, M. Scott Peck from his book, “The Road Less Traveled.”

Once Sam was able to value himself as a man and to value himself as a worthy member of society without hiding anymore, he began to appreciate his artistic and business talents – his new authentic life. Like the quotation, Sam has done something of value with his time -literally and figuratively!

To view his collections of watches, go to www.SamuelJamesWatches.com. 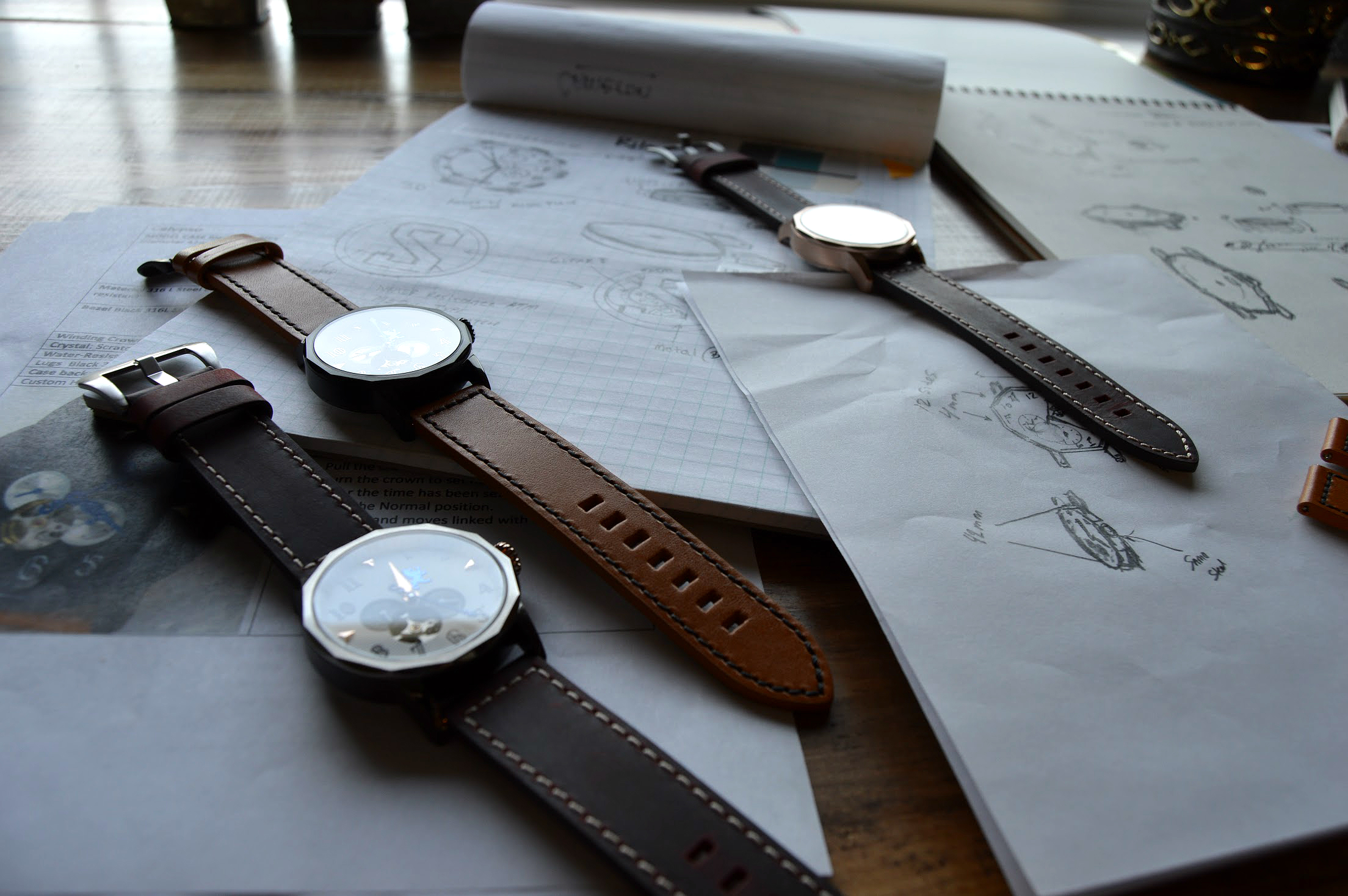 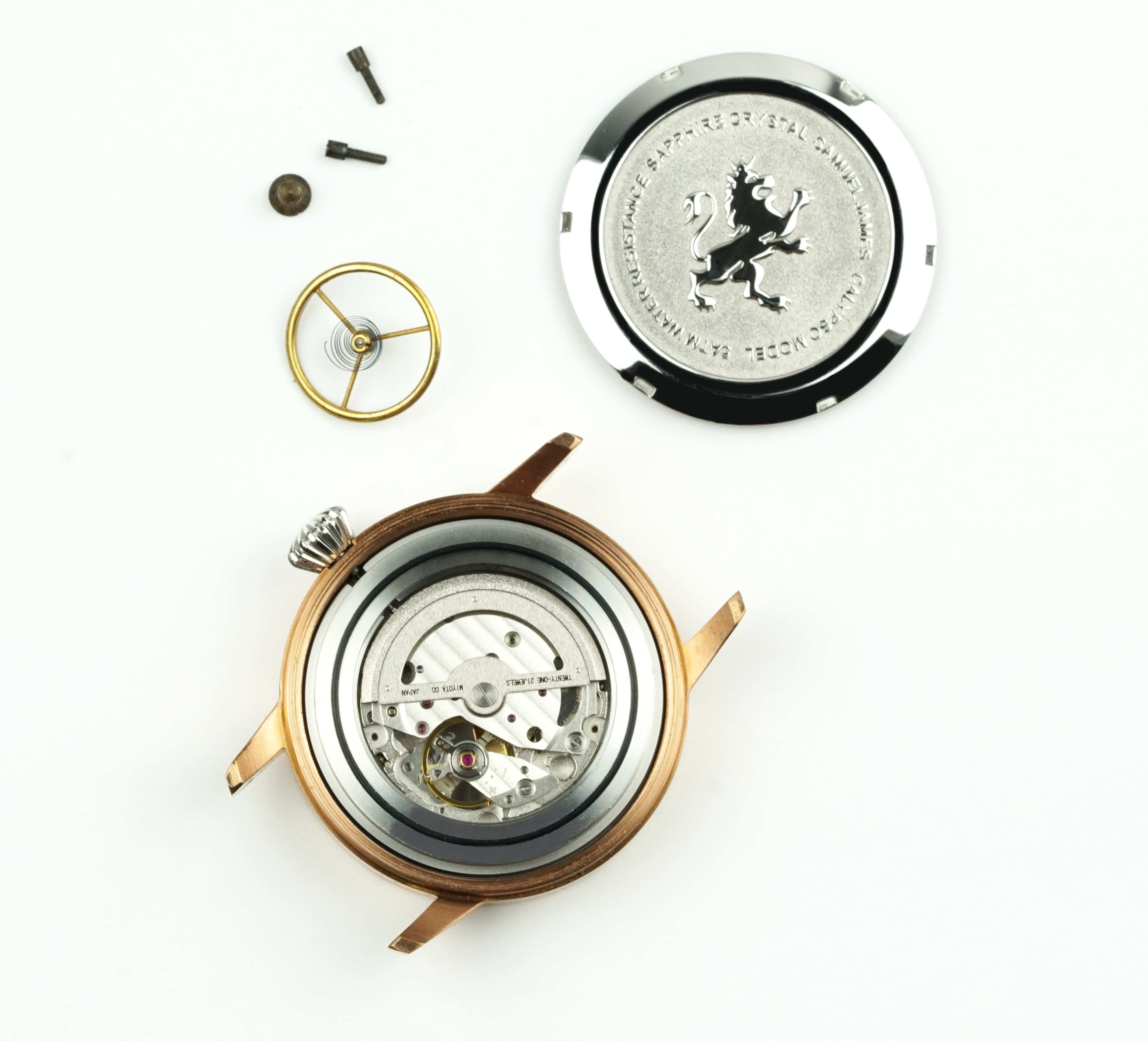 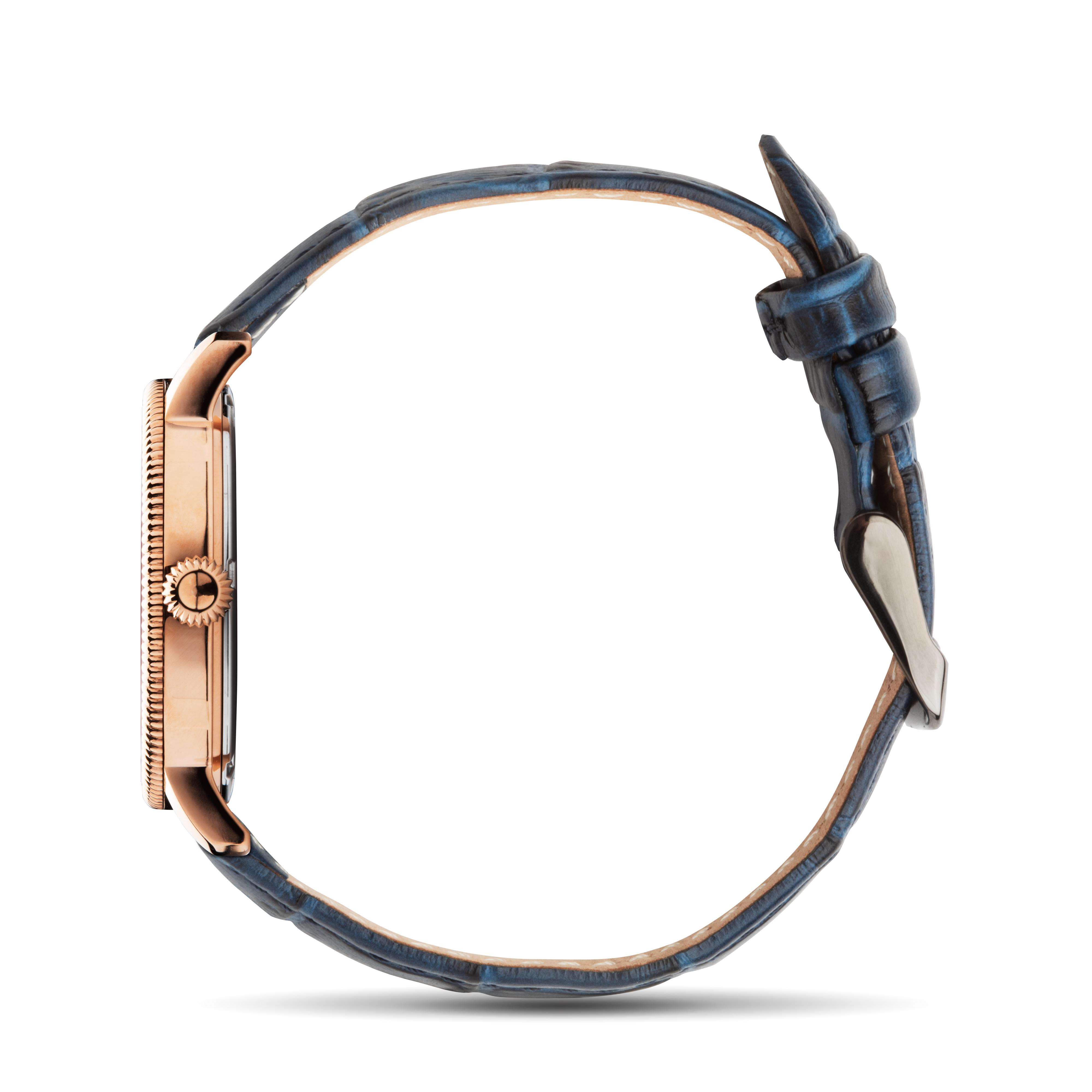 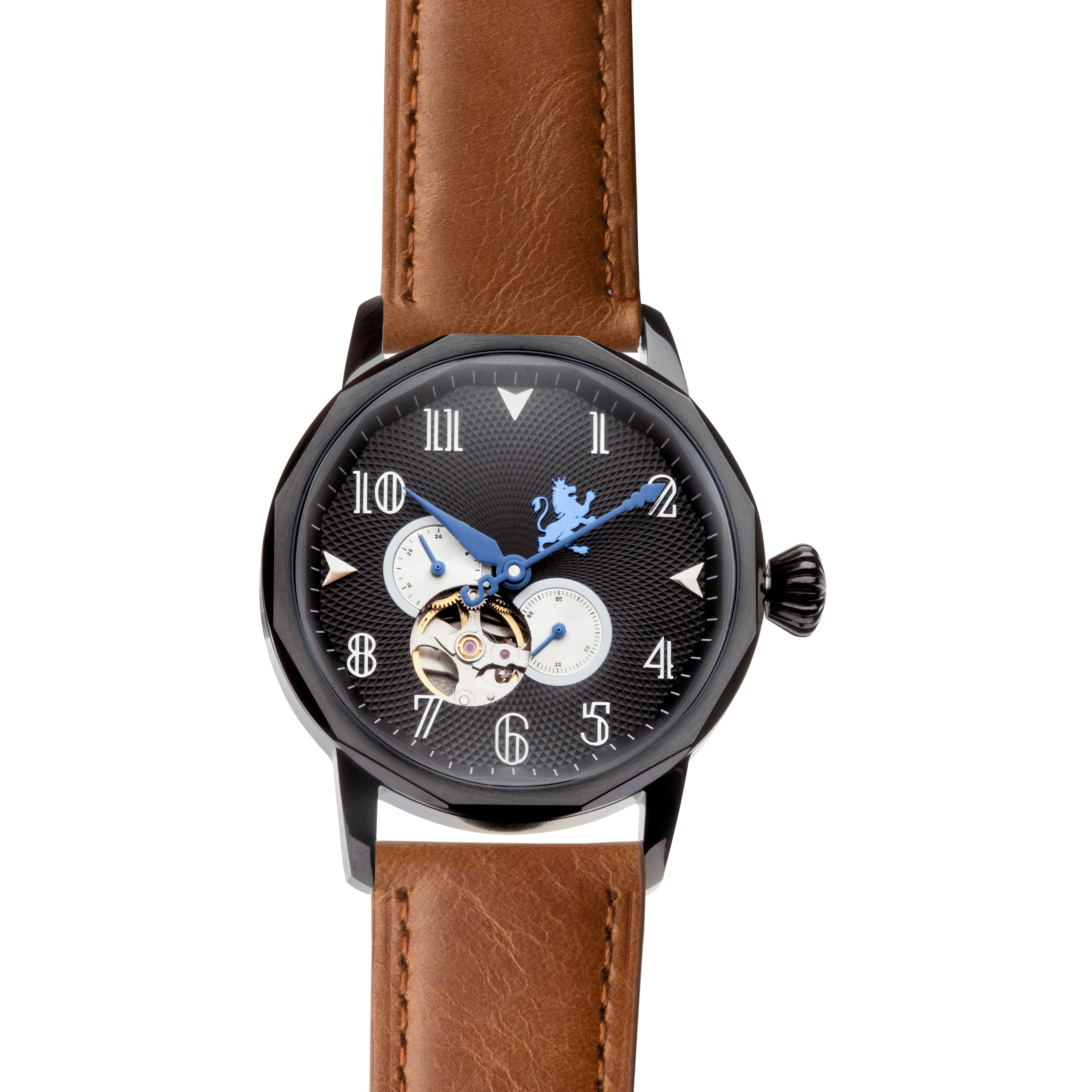