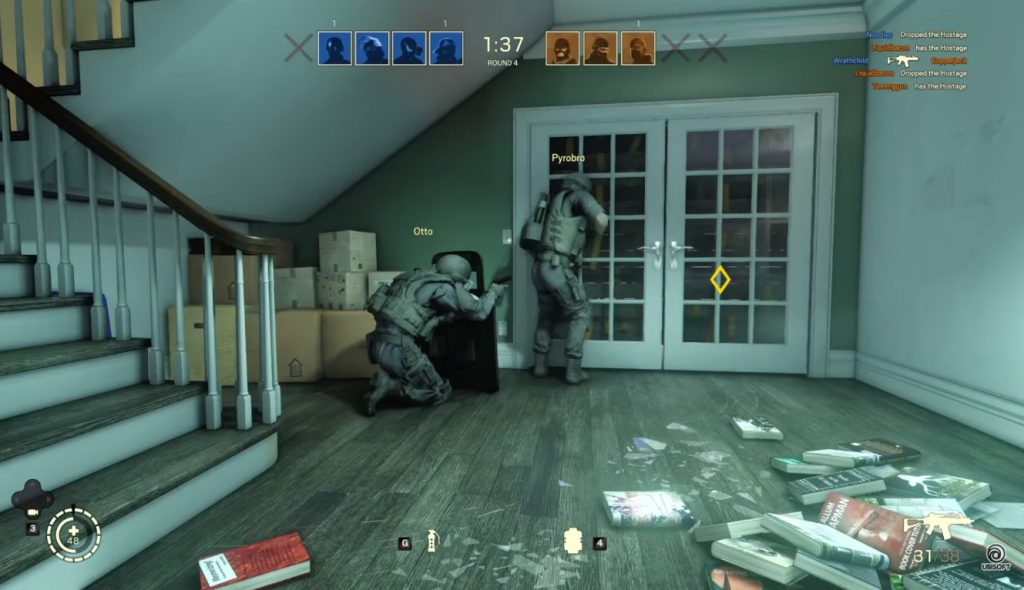 In Rainbow Six Seige the tactical shooter Ubisoft game, when players meet with cheathers they would usually experience a blend of the wallhack, DDoS attack or aim boat. These categories of cheaters either target to avoid losses staining their records or kill their opponents as fast as possible.

Nevertheless, lately, an enthusiastic gamer is reported to have run into a game hack that lets the cheaters to do far beyond the archetypal attacks, and that it is to bring changes in the composition of the opponent’s team. The newly found hack allows cheaters to switch the operators of the opponent team even after the selection.

Lakii is the name of the new player who unluckily met with the new kind of cheaters. Some time back, he took to Twitter and reported through a video his experience that showcased his chosen operator being reluctantly swapped out by a member of the opposition team.

Lakki plays on the defense during the selection and locking in Caveria as his operator.  While he was getting ready for the game, a player with a strange name LOLXDFUNNYMEM engaged him in a chat.

The message asking was Lakii to wait was sent and when he replied what, his screen suddenly went dark. In the mean while Caveria, his selected operator was unfortunately taken out of the line-up and instead, switched by Bandit, another operator.  Right after the change was done, a message saying that Bandit can play now was sent by the strange player.

The video clip attached to the tweet is only of 18 seconds and is covered with the giggling sounds as they experience the hilarious incidents. Nevertheless, altering the operators of the opponents and the case of hacking is not as funny as it appears considering the enormous issue that brings into the game, especially if numbers of players that are increasing are able to get their hands on this hack.

To portray the genuineness of the issue, Lakii, the player tried hard enough and even tagged the customer support service of the game’s developer, Ubisoft Support. This Rainbow Six Seige Player Encountered Cheaters in Rank mode and therefore he provided a follow-up. Lakii realized that the cheater can also hack other important things that include changing other players’ skin selections and enabling access to the developers’ skin.

Luckily, this issue seems narrow and has not been reported by other players as of now. This limited phenomenon is most probably due to the company’s effort towards anti-cheating abolition. Under the anti-cheating regulations of Ubisoft, players who are responsible for causing DDoS attacks that is oriented towards bring down battles will be permanently banned from playing the game.