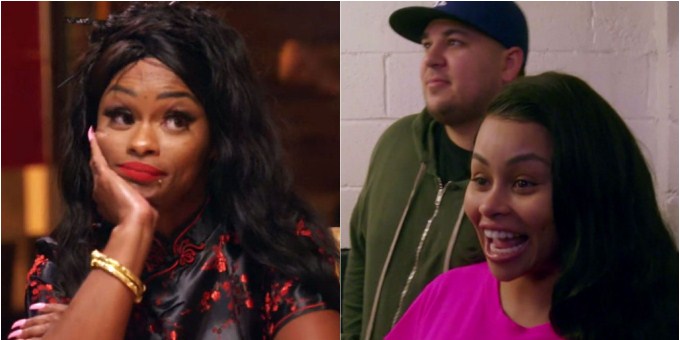 Reports say that Blac Chyna has been advertising her mom, Tokyo Toni’s show which has been showing on Zeus for quite some time now. The how has thereby gathered many fans but now many have said that it’s too much.

Chyna recently posted a video on her social media account and captioned it by saying that her mom @mstokyotoniasap is way too much. She also added that she feels that none of the guys can handle her and urged all her fans to watch it on @thezeusnetwork and subscribe to her channel.

The post quickly caught up people’s attention and someone readily came forward to express love for her and stated that any show or YouTube ad featuring her will always be cherished.

Following to which another fan mentioned both @blacchyna and @mstokyotoniasap in the post and shared how much everyone is anticipating for both of them to come along.

Another commenter acclaimed the show and called TokyoToni real and beautiful. Following to which, another fan said that it’s very much clear from the show that she is not looking for love and this is how the show rolls.

Blac Chyna’s teaser video for her mom, Tokyo Toni’s TV show has fans freaking out and one of them said that all the things that are going on in the show is making everyone feel creepy and dusty and that she should maintain her standards and not hang around with a house full of weird-looking men.

According to reports, Chyna had celebrated her baby girl, Dream Kardashian’s birthday a few weeks back where both the mother and the daughter were seen wearing Jasmine costumes for Dream’s third birthday party.

The lavish party thrown by Blac Chyna was themed on The Aladdin and she made sure everyone has a lot of fun. The mother of the child also made sure to click a lot of snaps so that they can both cherish the memories for ever and share it with the world as well.