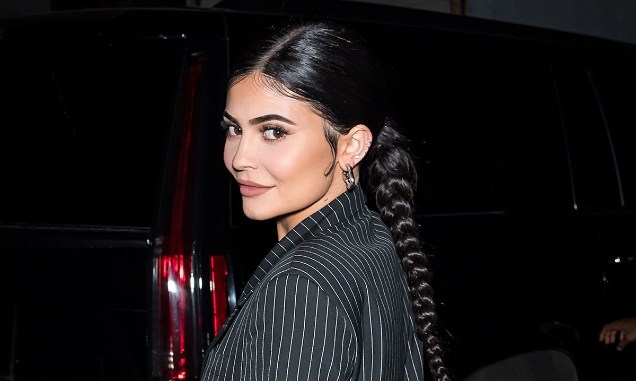 The northern hemisphere may still be savoring the touch of winter but Kylie Jenner is already investing sweat to get the perfect abs for the summer. Kylie, who is a regular at Keeping Up with the Kardashians, posted a video of her working out in the gym on Instagram where she also said that she carved her body from rigorously working out every alternate day. KUWK: Kylie Jenner Shows Off Her Perfect Abs As She Gets Ready For ‘Summer 2020’ By Working Out ‘Every Other Day!’ – See The Vid!on Instagram to rope in fitness motivation for 2020.

The mother to Stormi, Kylie Jenner is leaving no stone unturned to get the bikini bod of her dreams for the upcoming summer season.

The video that she posted on Instagram already shows off her washboard stomach but that is not stopping her from getting it more toned.

Under the video, she said that she is working out religiously every alternate day.

Makeup queen Kylie has previously said that she is not a fitness freak unlike her sisters but the tables seem to be changing.

It is quite evident that she has already sketched out her plans for the summers and is working her way to rock a bikini.

It has been only two years since the birth of her daughter but she has managed to get back to her flawless figure quite fast.

Kylie kept the entire pregnancy a secret from the public eye but took to social media after Stormi was born in which she shared her fitness journey with her fans.

The recent line of videos that she posted has documented her fitness journey beautifully.

She worked out under the guidance of family trainer Don-A-Matrix.

In an interview with HollywoodLIfe, celebrity trainer Don-A-Matrix said that post-pregnancy, Kylie has been concentrating on her go-to cardiovascular routines.

During that time, Stormi just turned three but Kylie was back in the gym gearing up to restore her beautiful figure.