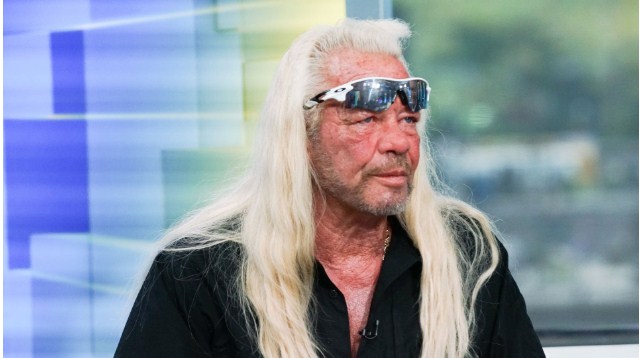 The news of the death of Dog the Bounty Hunter’s wife Beth Chapman is still in the air but the star is seemed to move in with his new girlfriend Moon Angell already. Dog The Bounty Hunter Explains Why New Girlfriend Replaced Dead Wife Beth Chapman’s Clothes With Her Own when it has been only a few months since his wife passed away. This action led agitation in his fan base and raised many questions about the two love birds.

In a recent interview, the star, Dog the Bounty Hunter revealed that getting rid of his dead wife’s clothes was actually his idea and he had a solid reason behind it. Apparently this action was highlighted when his daughter Lyssa Chapman criticized him for replacing her mother’s things with the new girl.

It is for two months now Dog the Bounty Hunter and his girlfriend Moon Angell are dating each other. They stopped by Dr. Oz and decided to start with changing things from Beth’s closet before jumping into other things.

He mentioned that Moon Angell had no bad intentions of starting a family feud when she moved his dead wife’s clothes out of the house. It was him who asked her to move in and get rid of those clothes.

Moon Angell gave a proper description of what actually happened in an interview. Dog the Bounty Hunter had nothing wrong in his head with Beth’s clothes; he was rather feeling helpless and pathetic about losing his beloved wife. He used to walk pass the closet and would make a yarning cry and then would close the door to hide his emotions. She found this emotion quite intimating. Finally he requested Moon if she could move Beth’s clothes so that he might try to keep it in the past and stop pining over it. It had no wrong intentions; it’s just he could not bear it anymore.

Dog cried while telling Dr. Oz why he decided to let it happen. Once all the clothes were removed from the clothes, he felt relieved and gathered courage to leave it behind.