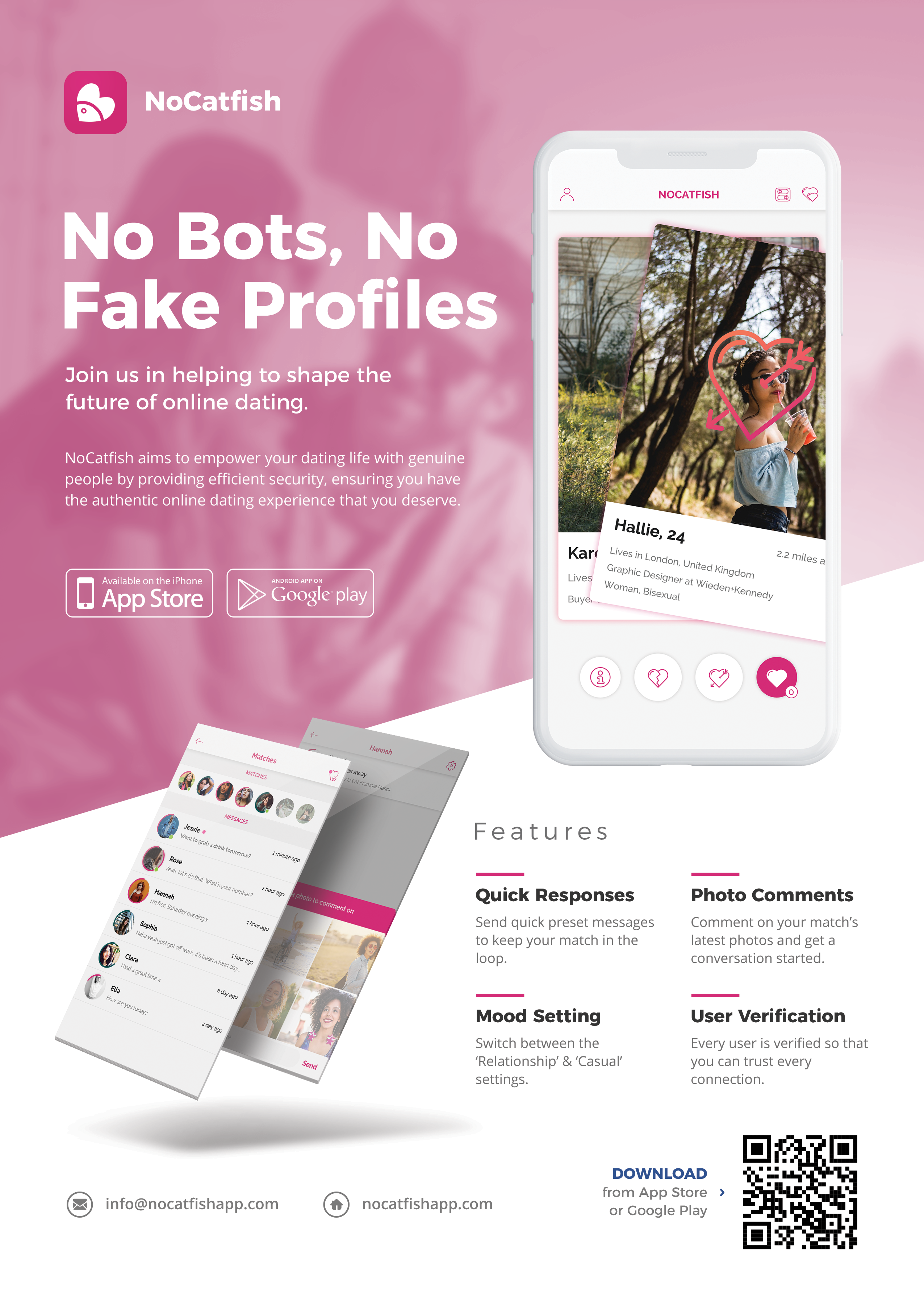 The newly launched NoCatfish dating app is using a mandatory verification process to allow users to date with confidence. By verifying every user, the app promises an end to fake dating profiles, bots, and catfish, leaving users free to empower their dating lives.
A third of people aged 18-44 have used or are currently using a dating app, according to Survey Monkey, while Forbes reports that there are now some 8,000 dating sites worldwide, with a further 1,000 being launched every year. Meanwhile, some 72% of singletons report that they think relationships that start online are just as likely to be successful (if not more likely) than those that start offline, according to Dating Sites Reviews.

The UK is not alone in its fondness for dating online. Dating Sites Reviews also reports that
venture investors poured more than $127 million into dating industry start-ups in 2018, with companies based in China receiving the lion’s share of dating sector start-ups over the past five years. The online dating industry globally is now worth $3 billion, having grown in value by 11.9% in the five years to 2018. Mobile dating apps account for a quarter of that revenue.

As our use of dating apps has increased, so too has the presence of fake profiles, bots and
catfish. This inherent level of risk was one reason suggested by Survey Monkey for the fact that roughly 56% of adults have a negative view of dating apps and services. Such a significant lack of trust has marred the online dating experience for more than half of those who use it.

Thankfully, there is now a solution: NoCatfish, the only 100% verified mobile dating app on the market. Security is the top priority and every user has to go through an identity verification procedure to ensure that each new user is certified via a live process in order to create a profile and use the app.

The Founder first conceived the idea of the NoCatfish dating app when a family friend shared her negative experiences of encountering fake profiles on other apps. He began to investigate and discovered how widespread the issue was, reading review after review as part of his research. The ultimate result of this was NoCatfish – an app that amalgamates all of the best parts of existing dating apps while removing the negative elements.

“We want to put the fun back into dating. Using dating apps has become an integral part of the way that we connect with people, including those that we become romantically involved with. That doesn’t mean that users have to endure a negative experience that is at best a frustrating waste of time and at worst something that is both emotionally and financially damaging. Our goal with NoCatfish is to enable users to date safely and with confidence. We empower their dating lives by working to make fake profiles, bots, catfish and underage users all things of the past. This is the future of the dating services industry!” – The Founder, NoCatfish

Packed with features that enhance the matching experience, the free-to-download NoCatfish app allows users to set their mood as Relationship or Casual, with the aim of keeping the two worlds apart to ensure that users find exactly what they are seeking.
The NoCatfish+ service adds a range of premium features, including un-swiping, seeing
matches that haven’t been mutually swiped, extending message and match times and seeing everything from mood mismatches to who is online and whether messages have been read.

There’s also a ‘Purrfect’ recommended matches feature for NoCatfish+ users.
The security-inspired dating app is now available for download on iTunes and Google Play. It delivers a varied and genuine selection of people to suit the fast-paced modern dating world, connecting users with those who best suit their dating requirements.
“We wanted to allow users to recapture the spark of dating authentic, genuine people. We have the appropriate technologies in place to achieve that and are delighted that NoCatfish is enabling romance to blossom once more.”
The Founder, NoCatfish

For more details and to download NoCatfish for free, please visit 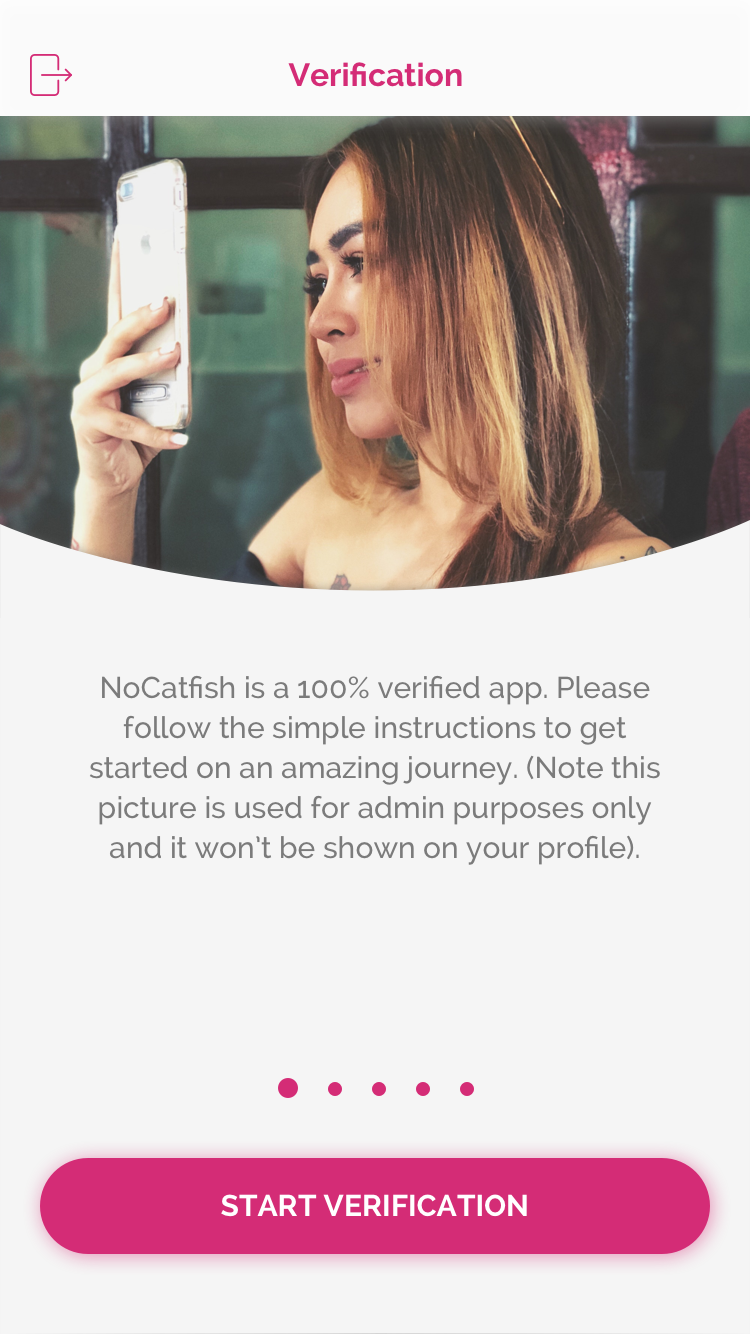