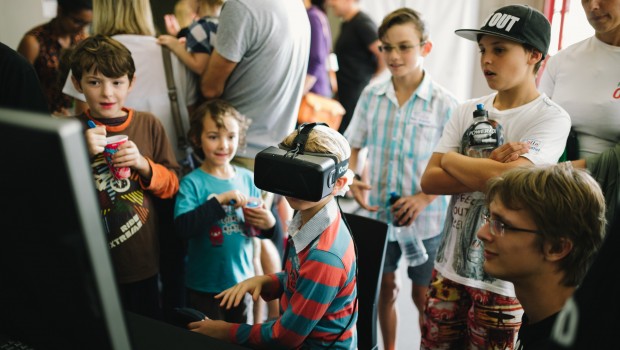 (YorkPedia Editorial):- Tampa, Feb 17, 2020 (Issuewire.com) – February means fast rides, fried food and fabulous entertainment at the Florida State Fair!  Like this, the last day of the fair, we say goodbye and review the biggest winners.   There’s something for everyone at the fair, and always something new.  Two of the top new attractions at the fair featured a brand new traveling exhibit from Ripley’s Believe it or Not, as well as a virtual reality attraction called Walk the Plank.

If you attended the Florida State Fair this year, you must have at least peaked through the crowds waiting for their turn at “Walk the Plank,” a new virtual reality attraction brought by Joe and Cathy Lyons of Tallahassee Florida.  If you’ve ever wondered what it would be like to attach a plank to the top of a skyscraper and then walk-out on the plank with nothing to hold on to, then wonder no more.  This virtual reality attraction is so realistic that the majority of participants had a tough time getting the nerve to take the death-defying (virtual) walk.

Participants pay $5 and don a set of VR Headsets.  They are then instructed to walk into a building (in the virtual world) and push the elevator button to bring them to the top floor.  Once there, the elevator door opens to the outside of a skyscraper about 80 stories high.  They must now walk out on a plank with nothing to hold onto.  If you think this is easy, think again.  “Approximately 75% cannot walk out on the plank,” said Joe Lyons of AttractTech, the sponsor of the Walk the Plank Experience.  “Some have to crawl, some have to hold on to someone’s hand, and some just refuse to go out on the plank once they look down.”  However, it didn’t stop anyone from wanting to try it.  For 5 bucks it seemed as though everyone wanted to try it as long as you could deal with the long wait.  Their location was by far the busiest attraction at the fair and rivaled popular rides in the midway.

The Ripley’s, Believe it or Not, was not that far behind when it came to popularity.  The traveling exhibit allowed Fairgoers the opportunity to visit a Ripley’s Believe it or Not Museum in their home town.  The attraction was really fun and offered something for every age group.

This year the Fair also improved security with 550 new surveillance cameras.  As hundreds of thousands of people visit the Fair, the Hillsborough County Sheriff’s Office is continuously looking for ways to improve security.  “These upgraded cameras are invaluable, from medical calls for service that we can immediately respond to, and for missing children,” said Lee Chronister from Hillsborough County.  “We can look at 550 camera angles and reunite that missing child with their loved one that much sooner.”

Other ‘best-ofs’ was the strawberry cheesecake, Ori, an oriole cookie funnel cake style and the Cheezey Tater Corn Dog with cheese and potato batter.  Its lighter, crisper and very delicious.

As we bid farewell (no pun intended) to the Fair until next year, it’s been fun, fast, frightening and quite the foodie!  See you next year! 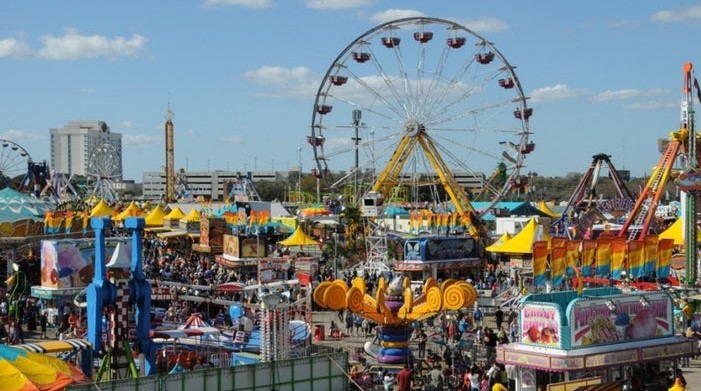