Skip to content
You are here
Business Finance Mortgage Stock 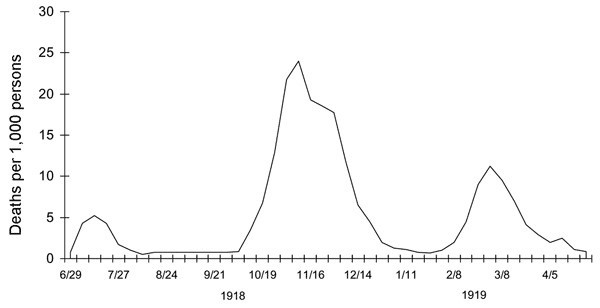 (YorkPedia Editorial):- San Juan Capistrano, Mar 10, 2020 (Issuewire.com) – Global Financial Data releases an analysis comparing today’s coronavirus to the Spanish Flu of 1919. Concern about the coronavirus and how it is impacting the global economy is in question.  Parts of China have been quarantined to prevent the spread of the virus and the world is wondering how the virus will disrupt supply chains between China and the rest of the world and how it will impact global travel. Will cities that are cut off from the rest of the world be able to contribute to the global economy?

The main precedent for the coronavirus is the SARS epidemic of 2002-2004, but you should also look at the more serious Spanish Flu pandemic of 1919.  It is estimated that the Spanish Flu infected 500 million people worldwide, or about 27% of the world’s population and killed between 30 million and 50 million people, or about 1.7% of the world’s population. Were a similar pandemic to hit the world today, this would translate into 100 million deaths.  This made the Spanish flu one of the deadliest epidemics in history.  The pandemic occurred in the last year of World War I and military censors in France, Germany, the United Kingdom, United States and other countries were told to control information on the flu fearing that it would affect their ability to win the war, but there was no censorship on the flu in neutral Spain where King Alfonso XIII took ill.  This gave the world the false impression that the flu originated in Spain, hence the name.

The Spanish flu came in three waves as is illustrated in Figure 1.  The first wave, which made people notice the flu, occurred in July 1918.  The second and most deadly wave occurred in October 1918 and resulted in millions of deaths.  A final wave of the flu occurred in February 1919, and after that, the flu disappeared.  Either the virus mutated to a less lethal form or doctors got better at treating or preventing it.  Just as no one knows for sure exactly where the virus came from, no one knows why it disappeared.

It is interesting to contrast the response of the stock market to the Spanish Flu in 1919 with the coronavirus in 2020.  The Dow Jones Industrial Average fell over 2,000 points in four days out of fear that the coronavirus will continue to spread and impact the global economy.  The fear is that cities will become quarantined, supply chains will be broken, world trade will be impacted and growth in the global economy will slow down.

When the final wave of the Spanish flu subsided in February 1919, the market began an increase of 50% which lasted until November of 1919.  Whether this increase occurred because of the end of World War I or the end of the flu or both is impossible to say, but it does provide encouragement that once the coronavirus begins to subside, the market will bounce back once again. 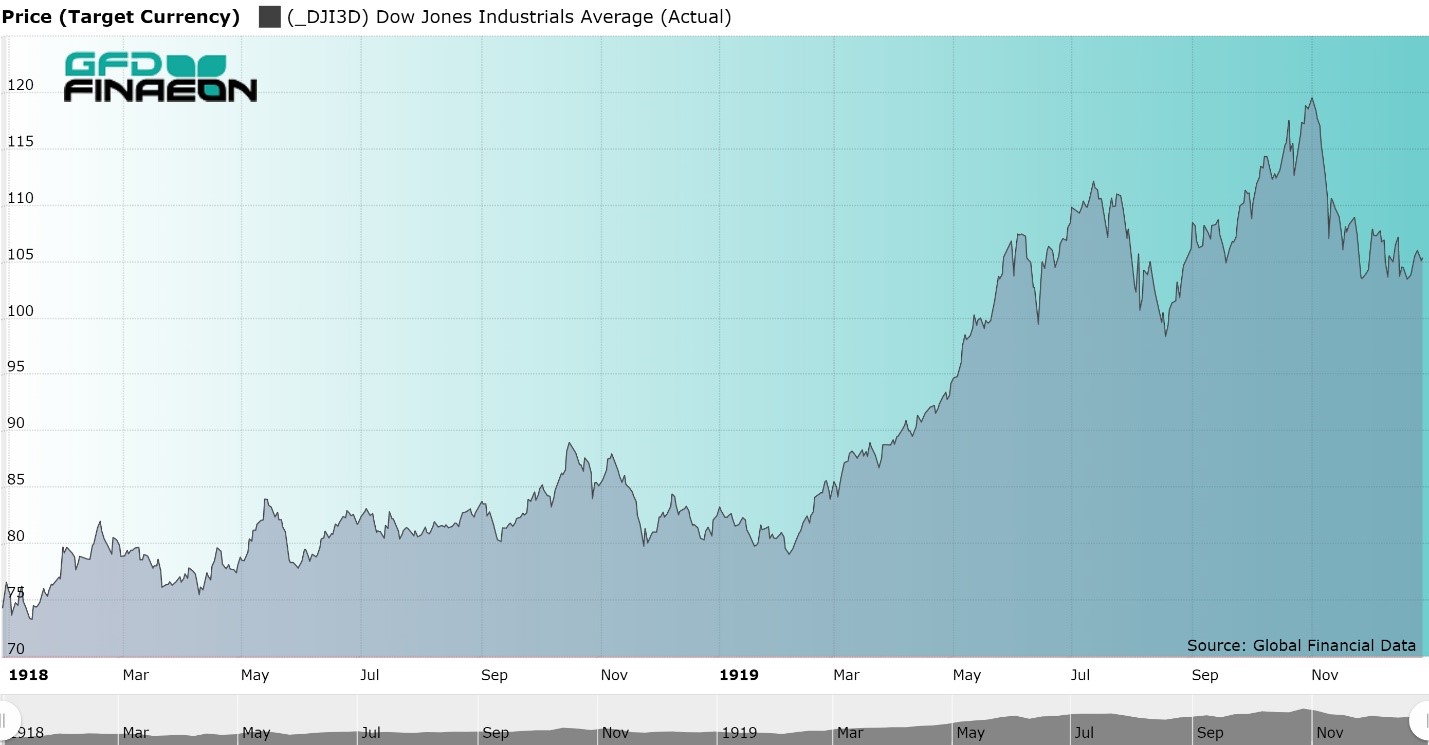