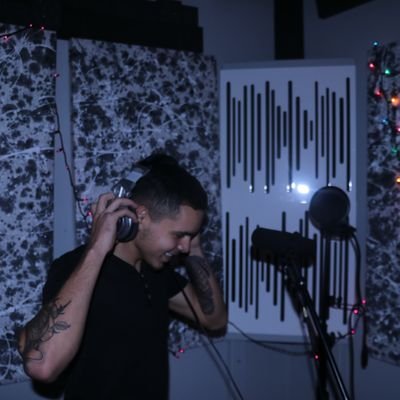 Rap being the most important element of hip hop has been the mouthpiece of the youth throughout generations. Budding rap artist K33ng T proclaims to represent his generation through his stirring music implicating his inner thought using clever yet emotive lyricism through his newest EP ‘STARTING NOT TO GIVE A…’ consisting of a total of five songs called ‘Goin Insane’, ‘K33ngs Empire’, ‘Moving Forward’, ‘Dangerous Remix’, and ‘What You Faggots Sound Like’. Aiming for perfection he has mastered intense and extremely fast word delivery with an upbeat progression of terrific and hip melody which is rather intensified by his skillfully assimilated and original lyrics.

Coming from Sacramento, California, this young and talented rapper has developed an unparalleled style of rapping garnering inspiration from the discography of the maestro himself, Eminem. Possessing the gift of a vigorous and robust voice, K33ng T chooses to rap about things that he is passionate about, increasing the intensity of his vocal ability and the subject matter. The cohesive lyrics in his songs tell a story that power up the emotions in the hearts of the listeners emitting radiant positivity. His genuine and heartfelt passion for his poetic musicality puts him in front of the line among his contemporaries in the rap and hip hop music industry.

This California hiphop artist has a passion for writing his own music exuding his powerful articulacy and repertoire of rhyming words effortlessly. Under the careful direction production house called Esparza, he has been practicing his majestic cadence enriching his natural talent for smooth and eccentric wordplay with his successful EP ‘STARTING NOT TO GIVE A…’ that has carefully strung together five mesmerizing tracks called ‘Goin Insane’, ‘K33ngs Empire’, ‘Moving Forward’, ‘Dangerous Remix’, and ‘What You Faggots Sound Like’. Lose yourself in his musical mantra on Instagram, and Twitter.

For more tracks of K33ng T, Please go through the below link :https://soundcloud.com/k33ng-t/sets/starting-not-to-give-a