Listeners are certainly going to welcome the latest introduction into hip-hop wholeheartedly as JayP features his out of the box rap style and music to keep everyone excited. His collection of tasteful melodies and intriguing rap forms is what pulls the audience towards his music. The Michigan Rapper turns heads and awes his listeners with his spacey and genre-bending tracks which he delivers in his even more compelling voice. Sonically, structurally, and also conceptually, in every aspect his records are markedly different from the monotonous sounds. The lyrics reflect his spotless artistry as he coats them finely with his ethereal voice texture. 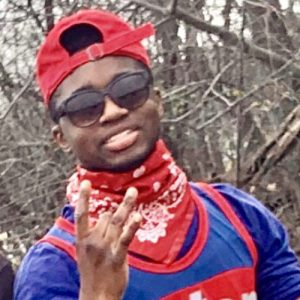 This month’s focus has to be the new tracks released by this phenomenal rapper, which includes ‘ON B’, ‘Deep’, ‘Indica’, and ‘SmithNwesson’. The music is well, produced, and totally worth noticing. All the tracks mainly consist of catchy rhymes and have generated plenty of excitement among fans who love listening to such groovy and rap dripping anthems. The feel of the artist’s rap is so strong that it weaves a fantastic creative web to hook the listener until the end. The songs also stand out with its flawless smooth tempo that guides the songs in an unmatched manner. The songwriting is firm and reflects the rapper’s natural rapping skills.

Coming from the United States, JayP takes the listeners through a cleverly series of musical journey with his creations that embark on a completely new route of hip-hop. Things get incredibly well when the artist even includes some R&B melodies to satisfy the requirements of some of his tracks. Built under the label OTG🔛🔝, the tracks are a medium through which the artist speaks his life experiences and sounds extremely catchy in his highly matured and professional rap style. Listen to the records on Soundcloud and YouTube and follow him on Instagram for more updates.

Just go for this track ‘ON B’ by JayP: https://soundcloud.com/dndjp/on-b