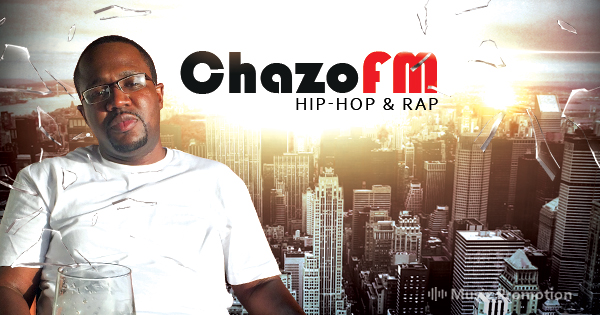 Upcoming hip-hop artist Chazo has put together a beautiful and engaging soundscape of lyrical and musical symbiosis that defines the standards of contemporary creative evolution like no other. Although his music can be classified as a modern-day tribute to hip-hop’s colossal scope, he also imbibes the undeniable influences of old-school hip-hop that led to the creative resurgence that we see today. He recently released a song, ‘Reality Check’ that is an intense depiction of lyrical and musical surprises all weaved into one continuous formatting. The result is so engaging and captivating that the audience can instantly feel the resonance and essence of the song and interpret it within the arc of their respective individualities.

Another mentionable song by the New York hip-hop artist that amalgamates the right balance of modern and classical hip-hop flavors is ‘Interlude Twenty-Twelve’ in collaboration with C Nellz& Apo. The song can be mentioned in the list of his milestones that pushed him further to take up and experiment with new styles and lyrical modules. Currently associated with the label, FamilyLoyaltyOughtaWin Music, his exposure and artistry have received a momentum. Some of his other songs like ‘WorldGoRound’, ‘Doughboy’, ‘Live a Little’, and ‘ToNight’s Da Night’ is his biggest professional accomplishments.

Hip-hop musician Chazo is an independent artist but has worked extensively with various other artists of the industry as a songwriter. His efforts and musical accomplishments were also featured in the longest-running rap magazine and website The Source. Based in Harlem, New York, he has plans to continue with promotional work during the global crisis owing to the coronavirus. His passion and conviction are unadulterated as his biggest inspirational lines in life are to never give up and never stop believing. Follow him on Soundcloud, YouTube, Apple Music, Spotify, and Instagram to stay updated with his work.