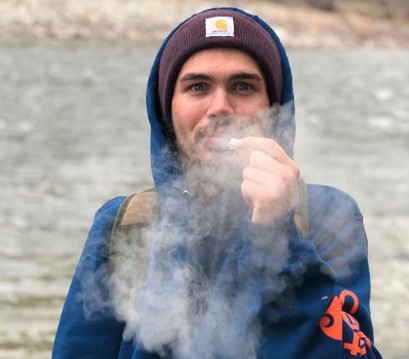 Great musical work and enthralling production skills are what one can expect from the produced tracks of Eklchump. It is certainly a genuine bliss for the fans of the hip hop genre to come across such an awesome talent. The hook section presented through his tracks run through the musical senses of the audience for a long time after listening to them. The impeccable skills of the Canadian music producer have brought back the classic vibes of the particular genre and also extracted the best out of it and presented in front of the audience in the purest form possible.

His recent release ‘SCORE’ has a mellow groove to it, and the overall arrangement has helped in making the entire premise more majestic than expected and also taken it to new level awesomeness, which has become hard for the fans to resist. There is no surprise to the fact that this track is already rocking the charts. ‘ANGELS’ is another track of his that has been listened to over 50K times and already become a fan favorite. The artist hasn’t let the ingredients confined within the structure of this track; he has made them independent through his skills, which has helped in the magnification of the overall impact.

His relentless efforts in music production have gifted the audience with so many amazing tracks – ‘HWGA’, ‘C.I.A’, ‘TAKEASHIT’, ‘TRANSFORMER’, ‘CALM’, ‘MIRACLE’ and many more. Each new release of his has carried on with the musical legacy of the predecessors. Eklchump’s production has skills that have helped in presenting the tracks in much greater ways than intended, making the fans go crazy over his musical knowledge. With the intention of rocking the genre in the future, the artist is set to release his new tracks. Keep listening to him on SoundCloud and follow him on Instagram to make sure that you miss out nothing.

For more tracks of Eklchump, go through the below link :