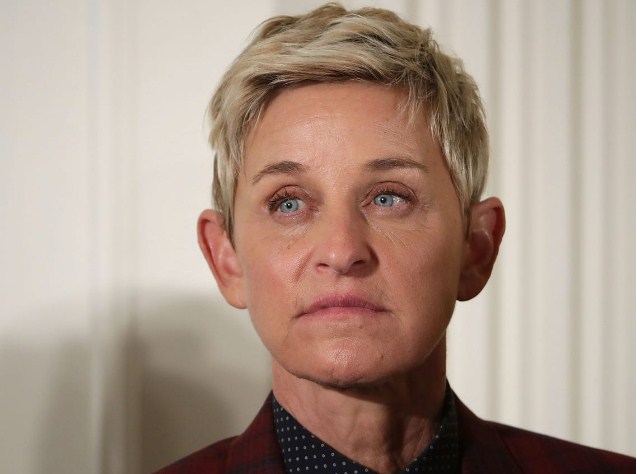 The tragic killing of George Floyd has impacted the whole humanity and just like many others, Ellen DeGeneres hopes for justice to be served. As per the latest reports, the TV personality took to her social media page of choice to share a video clip in which she was seen talking about the current ongoing Black Lives Matter protests that have been circulating all over the globe. Ellen DeGeneres Gets Emotional While Discussing Racism And Injustice In The Aftermath Of George Floyd’s Murder!

The video clearly showed how Ellen was struggling to hold back her tears while discussing the tragedy and its aftermath.

She went vocal to tell her audience how she had been posting her thoughts and stance on this situation but she has restrained herself from speaking directly because she is falling short of words to address the issue. She expresses how deeply sad and at the same time furious with everything that has been going on. She even states that she is perhaps not going to say the right thing either. But quite strongly and firmly, Ellen went ahead to say that even though there would be a lot of people to disagree with what she had to say, she is certainly going to use her platform and raise her voice.

The very popular talk show host then added that she is someone who has always stood up for equality and she has always aspired to be the voice for people, especially those who felt that they do not have a voice for themselves because she well knows how that feels like. She assures that there would be many people who would not agree with how her words might be coming out but then they need to understand the matter, only then can they be able to heal it.

Ellen states that many people have gotten away with murder and that is what has been happening. But this is the time when everyone has to see fairness and justice for all, because the current world is not an example of a fair world.

She even mentioned that DeGeneres has released a written statement over the weekend as well.

Ellen went loud and clear to state that even though she was shocked and out of words but somewhere deep within she was still hopeful that a long and lasting positive change can be achieved in the future.

Having said that she even acknowledged the fact that they still have a long way to go to even get closer to being fair, and continued to address those who might not agree with her words.

Ellen made her point clear by saying that those who are unable to understand the extent of racism and its horrible effects prevailing in America must not have experienced any sort of inequality themselves.