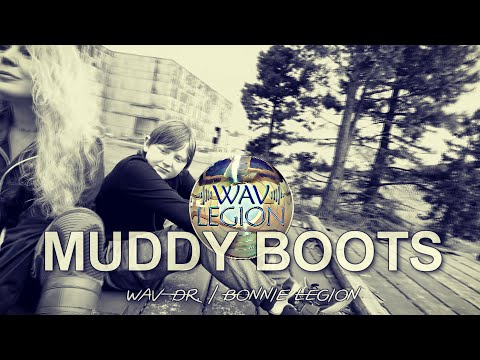 Musical and creative deconstructions of acoustic and pop are being utilized as inspirational reflections in fusion duo Wav-Legion’s new track, ‘Muddy Boots’.

(YorkPedia Editorial):- Brighton, Jun 12, 2020 (Issuewire.com) – The strains of fusion musical confluences led by the creative wisdom of duo Wav-Legion is making waves of critical and audience engagement. They recently came out with the single, ‘Muddy Boots‘, a creative tribute to the current waves of uncertainties that the entire world is experiencing at the moment. The song is a fusion style coordinating bass and acoustic in a rustic course while inculcating the strains of contemporary pop arcs alongside a moody lyrical flow. The song is composed of beautiful instrumental streams that reflect a pleasant and impactful thematic saga of the global crisis. Inspirational and motivational, allowing the audience to hope for the light at the end of the tunnel, the song constitutes of every element of musical, creative, and emotional impulse.

The collaboration between the creative eccentricities of Canadian musician and producer wav-Dr and California singer/songwriter Bonnie Legion led to this exquisite breakthrough of fusion. Working with the musical blends of fusion electronic, pop, rock, hip-hop, and more, they have put together a soundscape of meaningful premises that reaches the audience through its simple and honest premise. Wav-Legion‘s extensive inspirations that include both old school and new school musical styles of artists like Nirvana, Coldplay, Pink Floyd, Daughter, Bob Marley, Eminem, and more have expanded their spectrum of music-making innovation. Upcoming independent artists have also influenced their music significantly and the result is an all-inclusive soundscape of thematic, cultural, and musical individualism.

The duo is currently associated with the label name Sound Legion that has allowed them to showcase and expose before the global audience. ‘Muddy Boots‘ not only proves their extent of musical diversity but also brings to the center stage an issue that has led the entire world to experience the lengths of volatility. The song reflects a creative motivation for the audience and will allow them to find confidence in fighting the situation with uncompromising vigor. Some of their other songs displaying their eminent fusion streams include ‘Would I Lie’, ‘Hate Hate Trust Love’, ‘Are We Heroes’, and ‘Isolate’ among many others. They are currently working on their 7th album and also preparing for upcoming online music fests. To be a part of this cascading journey of musical and social pursuits, follow the duo and their music on YouTube, Twitter, Spotify, Distrokid, Facebook, and their official website.