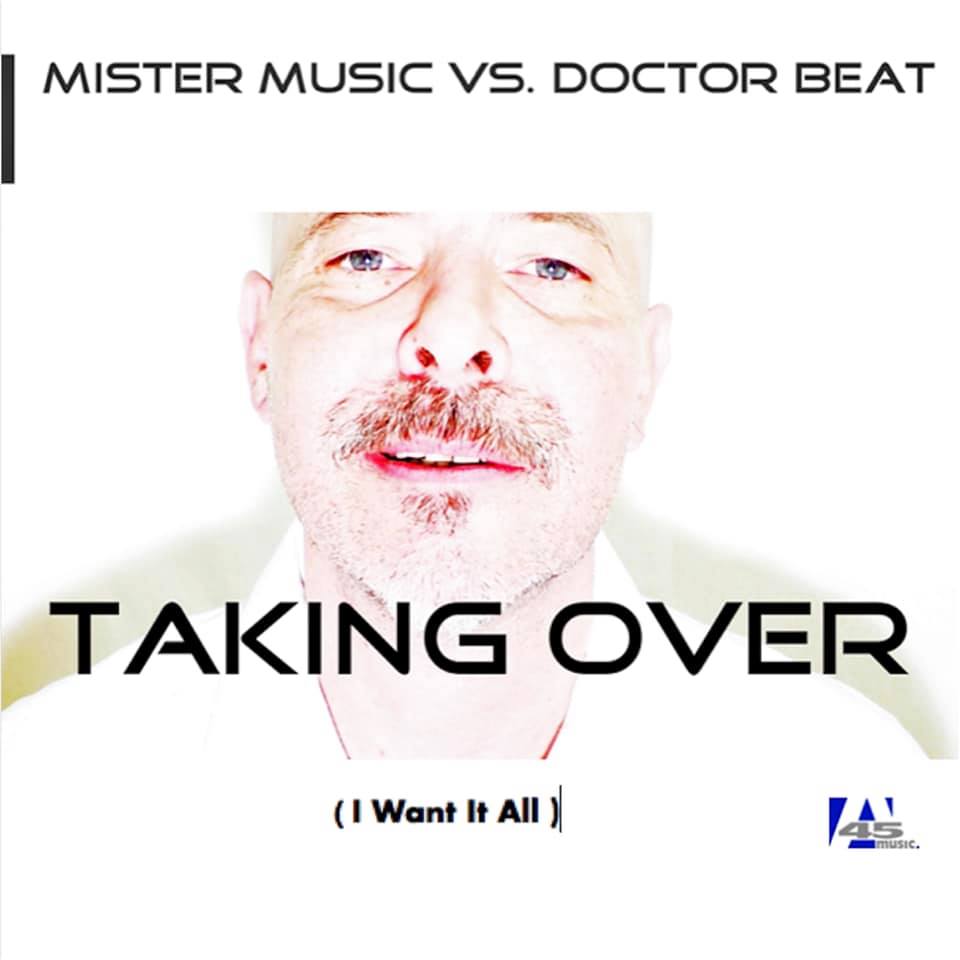 Artist duo Mister Music vs. Doctor Beat is creating significant ripples of creative and musical individuality with the song, ‘Taking Over (I want it all)’.

(YorkPedia Editorial):- Wiesbaden, Jun 18, 2020 (Issuewire.com) – The unique catchiness and groove of contemporary pop are being exemplified by artist duo Mister Music vs. Doctor Beat in the lyrical and musical coordination of their newly released single, ‘Taking Over (I want it all)’. The song is a creative amalgamation between the characteristics of outspoken pop articulated alongside a captivating rhythmic pattern. The song is diverse from the typical virtues of pop and imbibes various musical influences to pave the way for a bigger story. The musical aspect of the track follows a specific trajectory or vibe that utilizes catchy vocals, refreshing synth slips, and a heavy bassline providing the whole song with structured harmonic balance. The song also emerges as a thematic saga through its emotionally-charged lyrics talking about identity crisis and a person’s journey of self-discovery. Emotional turbulences are effortlessly depicted in the song but with a cynical enamel to make for an engaging creative module.

The creative association between German producers B. Keeding and U. Schenelle resulted in the release of their comeback song, ‘Taking Over (I want it all)‘. The song takes on a journey of undulating emotions that are relatable to the audience thus making it garner popularity within just a short time of its release. From the rhythmic insertions to their vocal dynamics, they have put together the fundamental elements of musical purposes into a fascinating stream of individual creative interpretations. With a diverse arena of significant influences that shaped their eccentric sound, they have always allowed new musical horizons to broaden their canvas. An unadulterated love for music, the duo has collaborated with the sounds of genres like techno, electro, gothic, pop, and rock and transformed them into a balanced fusion.

Some of the other songs that define Mister Music vs. Doctor Beat‘s exquisite soundscape includes ‘You (Predator)’, and ‘It takes time’. A sound that travels across borders of cultural and creative diversities, their music is for everyone. With the new single, they are rapidly climbing the ladder of critical and commercial success as they plan on releasing more tracks in the times to come. Follow their work of creative wisdom and ambiguity on YouTube, Facebook, Instagram, and their official website.