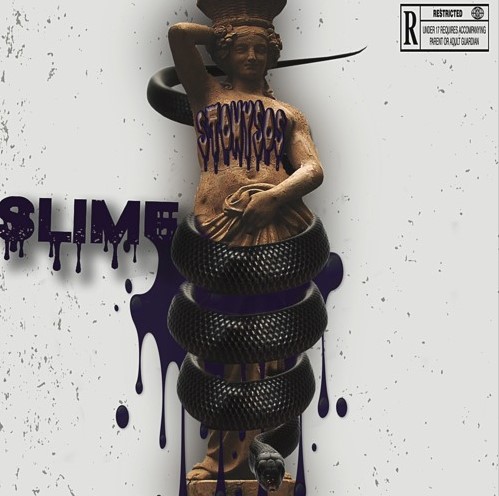 The new-fangled trap artist Stony SOS is storming the charts again with the latest single ‘Slime’ that he produced under the growing company “The stoners club” a.k.a “Stony Gang”. He comes with fewer features and more vibes into the new track that captures some of the late-night conversations at the biggest parties of the city. Upcoming Richmond rapper has a lot of potentials and he strikes the world with his decorative bows of rap flow in the song to portray that he doesn’t flinch for harsh criticisms and following the most bizarre road of life. He made an attention-grasping music video for the song on July 14, 2020, on Youtube with “Stony Films” behind the camera. The crew captured every high he generally enjoys throughout the day while driving the fastest car or imbibing the pricey liquor with girls around his arms.

Hailing from Virginia, the 24-year-old hip hop artist turned trap rapper has made many achievements in his growing career. The new track ‘Slime’ rewards the patience of the audience who have waited for his new music during the COVID-19 crisis when the music industry collapsed. Fans are more than happy with such a jaunty sound and engrossing rap verses that represent his wispy lifestyle and strong affairs. The happy tune of the song gets everyone with the sunshine and forgets about the struggles and sluggish ways of this year have brought to the world.

Stony SOS’ music is the next-level of trap beats that match his extraordinary rapping skill to deliver the regular stories adorned in the panache of a hip-hopper. ‘Savage’ is an amazing single that is filled with heavy bassline and lyrics that give some air to the rumors of the city life. Fans have loved how he has synchronized with the new idea of popping love in his life with the toe-tapping music in the song ‘So Breezy – My Time ( Intro )’. Get all the notifications on Instagram, Spotify, Youtube, and Facebook at once.

Listen to the song ‘Slime’ on Soundcloud: