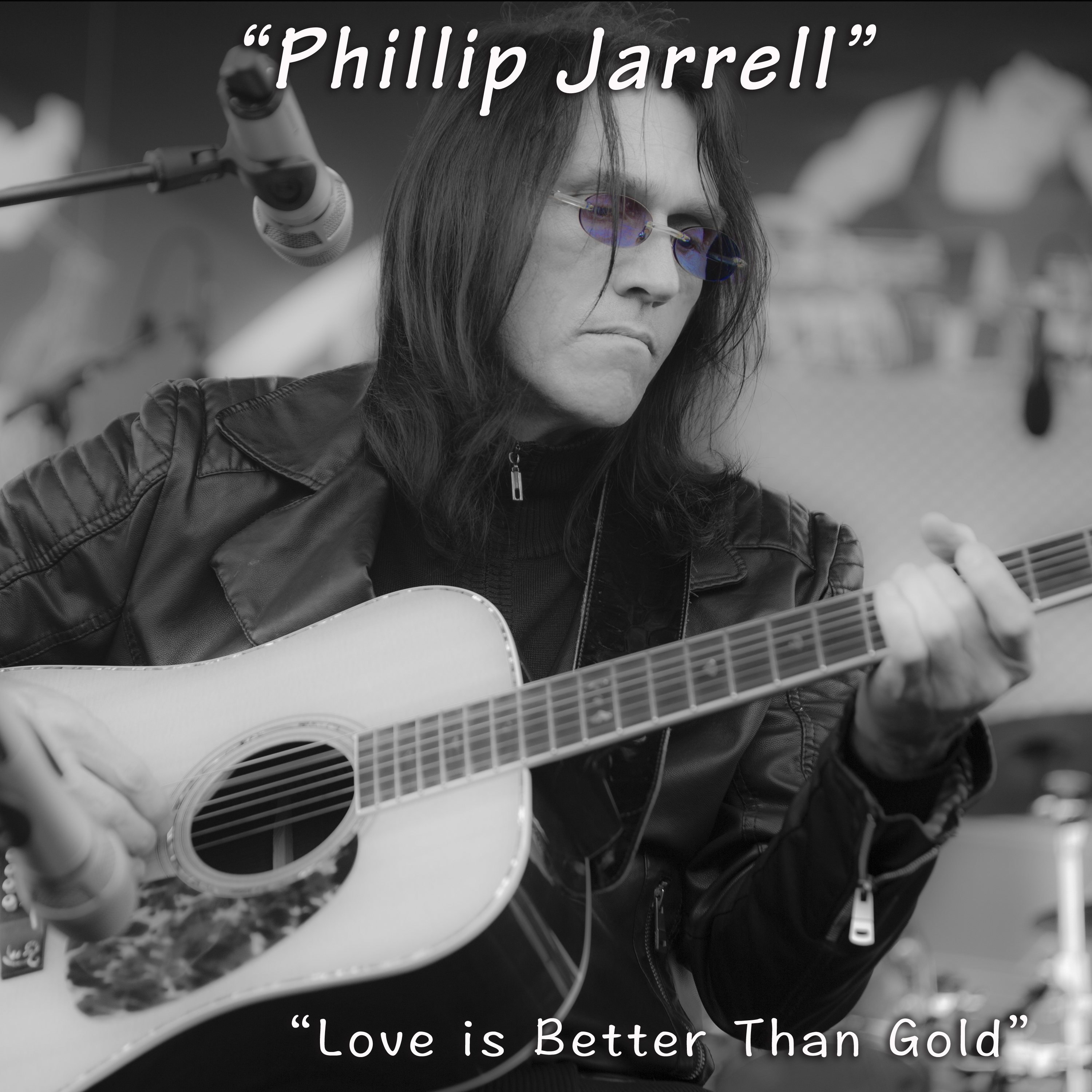 (YorkPedia Editorial):- California, Sep 6, 2020 (Issuewire.com) – The globally recognized American award-winning singer-songwriter Phillip Jarrell makes his comeback to the music scene with a staggering hit titled ‘Love is Better Than Gold'(Money). Dropped on July 29, 2020, on all major music streaming platforms, this sonic piece is his first single released in 40 years and needless to say, his artistic charm has not waned but has grown with interest. It was apparent in his earliest works that his intentions were to express uncharted truths from the deepest recesses of the soul, and here he has done it again. His re-emergence during the tumultuous times of 2020 is a breath of much needed, fresh air. We get the feeling he is bringing back an element of sweetness that may have been discarded in our current culture. Imagine finding a hidden treasure chest on an isolated island and the chest is full of precious jewels from another time. With Phillip Jarrell, we sense there is a much bigger story to be told, about the artist behind the Art.

Within a fortnight of its release, “Love is Better Than Gold” started appearing on some very popular Spotify playlists – ‘Best of Indie Rock’, ‘New Artist Spotlight’, ‘Fresh Singles’, ‘Money, Money, Money’, etc. It has also featured on various Internet Radio Stations, like CharlieMasonRadio, EaglesNestRadio, and even at the #1 position on etunesuk – Indie 2020 Collective. Phillip says ” he was pleasantly surprised to find internet radio has become for Generation X what FM Radio was to hippies in the ’60s. A more personal place to make a deeper connection. An alternative to the money-driven mainstream.” New audiences of all ages are showing respect for his debut offering. It’s an honest presentation of the man and his art without the dressing of a major label. As most veterans in the music business can attest, there is no hype needed for a great song. Please find this one and listen to it. Put on some headphones, and listen with your heart. https://bit.ly/PhillipJarrellSpotify

The title ‘Love is Better Than Gold'(Money) suggests the premise of the track – the sound is defined with multilayered acoustic guitars. Kicking straight into gear with the message – ‘Money is all we seem to talk about these days/ What went wrong and how to change our ways’ – these words portray the underlying concept immediately; coupled with the vocal style of his delivery perfectly nails the irony and struggle every couple faces, with love and money. Phillip Jarrell provides the audience with a mirror reflection of unspoken personal dialogue, and this is the art of songwriting which he is crafting so well here.  The irresistible groove and enchanting soundscape of the track have a hypnotic effect on the listener. There is a fine balance between the dynamics of the performance and the realism of the message, which makes this track work so well.

His musical works have always been reflections of his artistic knowledge and creative wisdom. Having won numerous B.M.I Awards, Phillip Jarrell is already a household name among true music enthusiasts. He has also won the Three Million AirPlay award for co-writing ‘Torn Between Two Lovers’. He is an artist who learned his trade by working as a staff writer for the Famed “Muscle Shoals Sound” music publishing company, way back in 1975. During this period, he wrote songs for the original ‘Muscle Shoals Swampers’. It was his songwriting skills that earned him an artist agreement with Motown Records – he released his first album ‘I Sing My Songs For You’ and the single ‘I’m Dying’. It was in 1978 his life was on the verge of taking a glamorous turn, that he next signed a three-album contract with 20th Century Fox Records. But due to some unfortunate events at the company, all the songs on 20th Century Fox Records, fell off the charts, including the more established artists like Barry White and Dan Hill.

This didn’t undermine the life long love and passion for his music. He produced ‘The Lurkers’ from London, including the EP ‘Out In The Dark’ and the album ‘God’s Lonely Man’. This project was the earliest releases from the UK’s Beggars Banquet Records. Due to the great financial crisis in America during the early 80s, Phillip Jarrell opted to walk away from the music business. Following the Twelve Steps, the artist indulged himself in Metaphysical study, Mediation, and started expressing his artistic vision through his camera. However, he continued his live performances – performing at the F-1 Grand Prix Shanghai in 2014, and in 2015, he appeared on stage at the Rolex Tennis Masters. By 2016, he was a headline performer at the Zhu Jia Jiao Music Festival in China. You can get the flavor from the live performance in Shen Zhen, https://bit.ly/LoveIsBetterThanGold-Live

Phillip Jarrell is the co-founder of Jarrell Guitars – known for making signature guitars for Monte Pittman, Madonna’s guitarist, metal guitar master Mike Wead, and many more. He also co-founded the 5th Avenue Photography Studio in Shanghai. Over the past many years, the artist has been performing at various concerts and with this latest release, he has made a grand re-entry to the music world via the internet. He is set to reveal more cosmic insights with his upcoming three-song EP, titled ‘Time Traveler Stories’ from the bright side, to be released on all major platforms on September 21, 2020. So, stay tuned. OM.