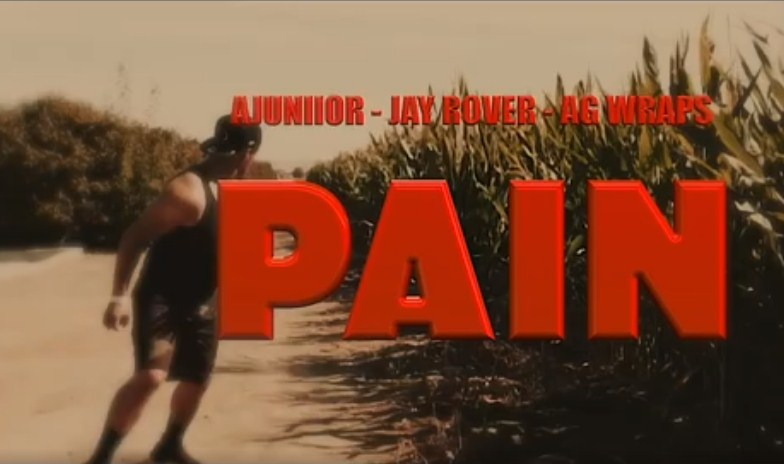 (YorkPedia Editorial):- Mabton, Sep 14, 2020 (Issuewire.com) – In the crucial phase during the pandemic and imminent elections, Jay Rover receives a breath-taking offer to lean on mega-hit rappers for the new collaboration in the official music video ‘Pain’. The stubborn and dedicated artist from Yakima worked with Ajuniior and AG Wraps for the music video produced by Space Station Entertainment. Its compelling intro has staggered the audience since the day it was released, on September 3, 2020, on Youtube. The unreal musical intro hints at his blasphemous approach which he chose to clear the air from regression. It’s positive, energetic, and spewed out with no airs from his Herculean efforts of making the composition appealing enough to the youth of the nation. With a heavy bass-flow and constant rap rants with oozing emotions, he brings out the joy of loving someone over materialistic attractions in this world.

Jay Rover comes from the beautiful city of Washington state where you will find the best wineries in the world. His voice is as inebriate as the old wine and he feels every word while uttering it out of his mouth. ‘Pain‘ featuring Ajuniior and AG Wraps is the newest release of the new rapper who is about to create history with the increasing number of views for the upcoming American singers. His dream of becoming a lyricist and musician has become true with the project as he performs on his own composition to show the world his true nature. His capability can’t be measured with one music video, the good news is he will releasing more songs and videos that reflect his outlook. He reveals his stunning prowess of writing songs with the new project and talks about how he doesn’t want to chase the fool’s gold when he can get love in the cruel universe. The mind-blowing verses of different artists only add more energy to the mystery of love he seeks.

He is having the biggest musical transition in his life that includes the merging performance with artists like Ajuniior and AG Wraps for the project. It has become a dazzling milestone in his life and inspires him to keep his nose to the grindstone for bigger success in life. Ivan shoots the video of the charismatic song, and he knows how to separate the wheat from the chaff. Bringing swanky, high-class cars and featuring the biggest upcoming hip hop stars on the same screen is an infallible idea to inspire the youngsters to fight for their dreams. Love is costly in the murky planet that only understands success by the means of money and fame. it can a sweet and entertaining parable to choose love over temporary fame and follow what the heart wants instead of thinking about society. Get more updates about the latest music video on his Instagram, Twitter, and youtube profile.

Here is the video link of  ‘Pain’ by  Jay Rover: